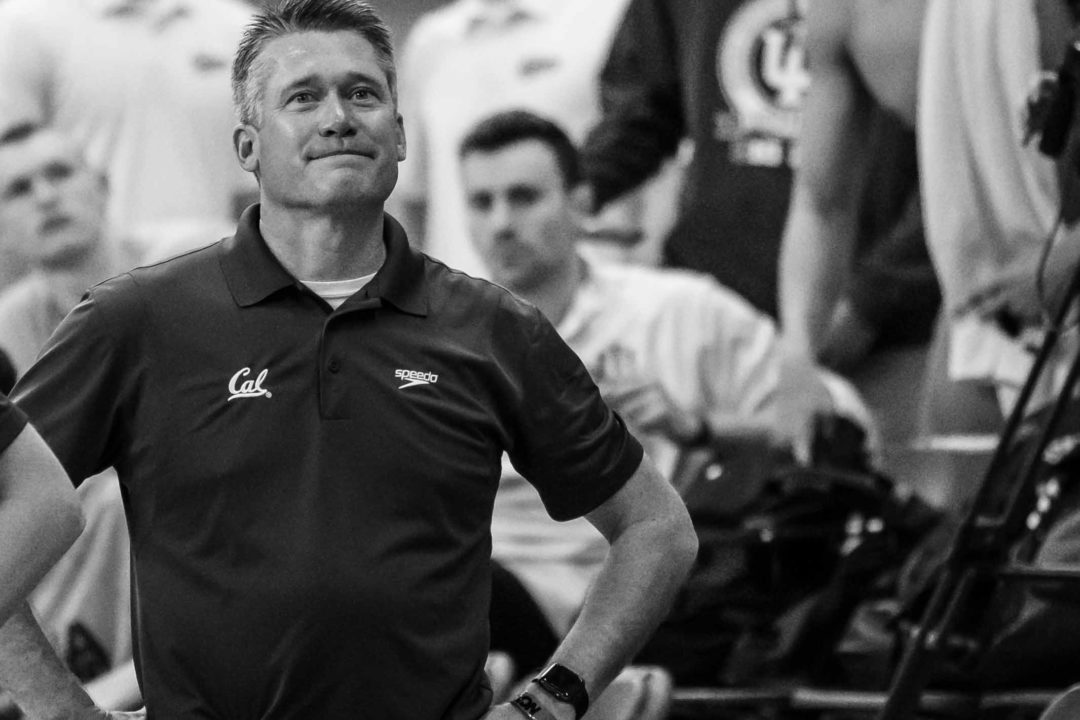 The US Olympic men's head coach is framing the postponement of the Games to 2021 as more of a continuation rather than a reset on training. Archive photo via Jack Spitser/Spitser Photography

Cal men’s head coach Dave Durden was featured on a new episode of Pac-12 Playlist on Monday, discussing his thoughts on the postponement of the Olympic Games and what the experience was like for his swimmers in the lead-up to the official deferral of the Games last week.

In a snippet of the interview posted by the Pac-12 Network on Twitter, Durden detailed how his athletes felt like a weight had been lifted off their shoulders once the Games were finally postponed.

“There was somewhat relief because we were in a very stressful situation and dealing with athletes that were putting a lot of stress on themselves,” said Durden, who will be the U.S. Olympic men’s head coach next summer. “Understanding what their social responsibility was, but also understanding what their athletic responsibility was, having put three and a half years into this four-year process and being three months out of the Olympic Trials and four months out of the Olympic Games. It puts a large amount of stress on those athletes and the coaches and support systems that are in place to help those athletes achieve their dreams. So there was relief with that.”

But in addition to that relief, it was also a bit of a letdown.

See you in 2021. 🏊‍♂️@calmenswim and men’s @USASwimming coach Dave Durden discusses how he’s handling the IOC’s decision to postpone the Tokyo Olympics to next summer. pic.twitter.com/idFXv5OFGf

Durden served as the assistant men’s coach at the Rio Olympic Games in 2016, helping lead the American men to eight gold and 17 total medals. Ryan Murphy, Nathan Adrian, Josh Prenot and Tom Shields, who all train with Durden in Berkeley, combined to win nine of those medals.

In the college ranks, Durden is coming off leading the Cal Golden Bears to their sixth men’s NCAA title in March of 2019. The 2020 meet was cancelled due to the COVID-19 pandemic.

If 2021 does not work out and the NCAA closes down swimming…you can “reset” a career at Walmart.