Dave and Gary Discuss the Sport’s Greatest, Kind Of 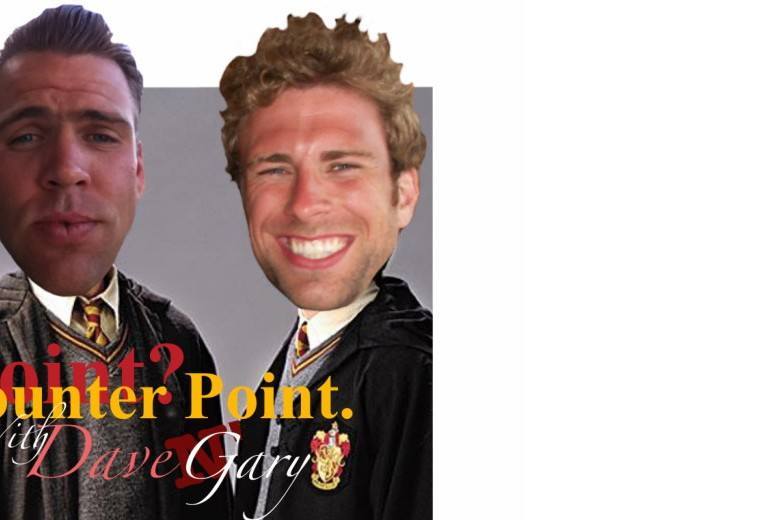 David: Coming in at number five: Shirley Babashoff. Queen Shali Baba was as good as they come, and one of the few people I can think of where saying “she went postal” means she went on to have a great job with benefits.

Gary: This one’s been done and overdone but it always seems to cajole message board responses from swim nerds who want to show off their encyclopedic knowledge of the sports less than relevant details or instigate a heated exchange of what standards to factor into consideration when assembling the fabled greatest swimmer of all-time list.

Dave, why don’t you start this. Who are the greatest swimmers of all time? Your name(s) and reasoning. Go.

David: Sorry, real quick: do you realize that using sentences with 20 words or less is a good rule of thumb for keeping audiences captivated? That first sentence: are you bitter or just incompetent by the way?

David: Anyway, we don’t have time. Coming in at number five: Shirley Babashoff. Queen Shali Baba was as good as they come, and one of the few people I can think of where saying “she went postal” means she went on to have a great job with benefits.

If anybody hasn’t seen the documentary on the East German Team that robbed her of gold, please do so.* It’s on right in between Bob Ross reruns, but before the Ken Burns Jazz series.

Gary: Yeah. Who else?

David: I’ll go with the Magii of magii: Merlin Stewart.

Gary: You realize that by including Mel, you’re still not getting the wage or benefits of a postal worker.

David: I’m not saying this because I want a raise. I’m saying it because I have watched this video over and over again, and I just can’t get enough of it. Any excuse I get to put it in a column, I will do so.

Gary: And to think people thunk I was confident! How’s about the accomplished, yet forgotten swimmer from the distant past? You want to show off your swim nerdness by wheeling out a waterlogged corpse?

Gary: I like David Berkoff. David Cromwell, you are as funny as childhood obesity.

David: Gary, just to clarify, do you mean Davi…

Gary: Stop talk, poopy pants. I’ve got something to say. “Greatest swimmer” is too broad a category.

Questions come to mind like what’s more important in the scoring system, world records or Olympic gold medals?Should marketing contributions or general fame be considered? What about yards times? Should “breaststrokers” be considered “swimmers”? etc.

It makes my head hurt, like behind my eyes. We can’t even identify the greatest swimmer of today. Phelps or Lochte?

David: No, breaststrokers are not swimmers. Next question.

Gary: So let’s narrow the field. What about pecs? What swimmer has the best pecs today? The frenchman, Freddie Biscuit?

David: That dude didn’t even have the best pecs in France, are you kidding me?

Gary: Laure Manaudou has some popular pecs. French pubescents have watched her almost as many times as you’ve watched that Gold Money Mel video that you love so much.

David: What about funniest? I will once again throw out Davis Tarwater.

Any man that spills fried chicken grease on himself is alright with me. But, really, the one man that never gets much airtime in these discussions is Aaron Peirsol.

Anyway, folks, I challenge you to find an Olympian more willing to lay it all on the line, and be stupid.

I mean, come on! Gary, you just went out hooking for money during your swimming career. Aaron was out trying to make a difference.

Gary: I like Aaron Piersol. Another backstroker. I don’t like that word, “hooking.” I consider myself a professional, with a dark secret. The secret being that I moonlight as a blogger on the Dave & Gary column. I AM GARY! And I also happen to be the funniest swimmer ever.

David: Dude! We left off Scott Goldblatt! The Golden Blatt’er. America’s first swim site broker-dealer.  The guy was before his time. And what about Neil Walker? The New Kid on the Blawker?

Gary: I know you swam at Texas, for like a summer camp. An Olympian isn’t the best or the funniest just because you know them. Those guys probably don’t even remember you.

AND those two guys aren’t funny by the way. Really great guys, but not funny. One time Neil Walker talked about fly-fishing on an international flight for 13 hours straight. Tying flies? I was considering the emergency exit.

Gary: I am trying. Sincerely. It’s not my fault I’ve got the (increasing) weight of David Cromwell around my neck.

What about Tae Hwan Park and that video he put out? You don’t need a translator to understand that hilarity.

David: I have to go.

Gary: Yeah, me too. I’ve got a plane to London to catch.

*In a later made-up interview, Babashoff was reported as saying “and they’re always after me Lucky Charms™ too!”

Let’s talk about the greatest, and most under aprreciated Teams in Olympic History and we can start and end the discussion with the USA Men’s Swimming Team from 1976. The Olympic rules of participation were changed because of that Team and their accomplishments still go unrecognized to this day.

We are about to hear the coverage that NBC wants us to hear and I’m sure we are going to be so tired of their created storylines (I already am from trials!), but as a swimmer in the 70’s that team was amazing. Why not a story from you guys?

Gary, I know you are biased, so you can feel free to recuse yourself!

morrow3 – I feel like you might enjoy this piece I wrote a while ago, while still at The Swimmers’ Circle.

I really appreciate the article (I hadn’t seen it before) and I disagree about the star power factor. It’s BECAUSE of the lack of super star power that the 1976 team is more impressive. (I do believe that John Nabor ended those Olympics as the most decorated at that Olympic Games.) But think Team USA against the Soviet Union in 1980 Olympic Hockey. Also since I am a Bay Area native, Mike Brunner, John Nabor and other “local” boys who regularly swam at meets were the big stars. And I can remember running to watch as they swam events. And if you add the Women in from 1976, knowing what we KNOW now, not just we were really sure was… Read more »

Ooooooooooooooooooooh my, that Mel video is even better than the American Gladiators one. There’s just so…so much to love. 1:00-1:12ish might be my favorite 12 seconds of YouTube video ever. Chicks. They did hard wood. Shots of dancing boobs. Random pecs! (That I prayed would turn out to be Mel’s – they did!) Also, Dick Enberg and Bob Costas pretty much look the same today as they did in 1992. Mel? Less so. (That said, I look much more different than all of them. I hardly resemble that 4 year-old boy at all anymore.)

Also didn’t notice how heated comments got on that other article. For shame, fellow commenters.