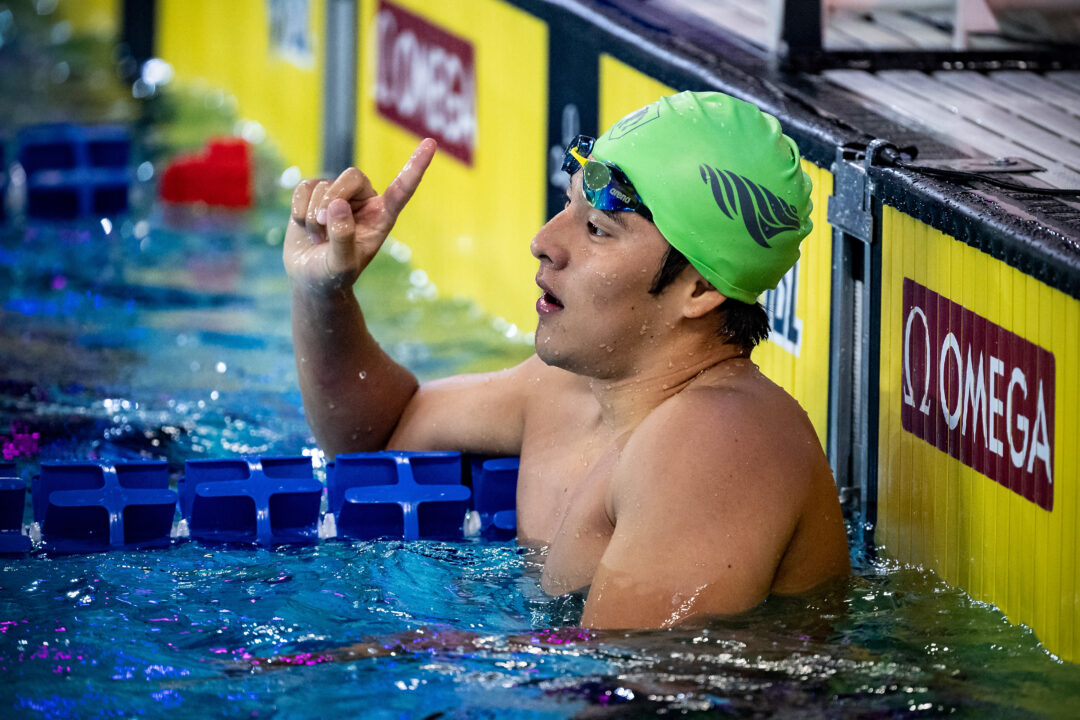 Japan's Daiya Seto continues to dominate the IM events at the last two stops of the FINA World Cup circuit, including here on day 1 in Kazan. Archive photo via Giorgio Scala / Deepbluemedia / Insidefoto

Japan’s Daiya Seto continues to dominate the IM events at the last two stops of the FINA World Cup circuit, including here on day 1 in Kazan.

The man fired off a wicked-quick time of 51.29 to just edge out a charging Russian in Kliment Kolesnikov, with KK touching in 51.31 to settle for silver. Bronze tonight went to University of Georgia-bound Matt Sates, with the 18-year-old touching in 51.96 as the only other swimmer to delve into sub-52 second territory.

For Seto, his 51.29 outing here shaves .01 off of the previous Japanese national and Asian continental record of 51.30 his compatriot Kosuke Hagino put on the books back in 2014. Hagino, who took 400m IM gold at the 2016 Olympic Games, made his retirement from competitive swimming official earlier this week.

He must be training in florida

I would think that Seto would be a bit better than that for a 100IM, but then again I do suppose he’s more geared towards the 4. I also suppose I’ve had my expectations for the 100IM be way too high after seeing Dressel swim it again and again.