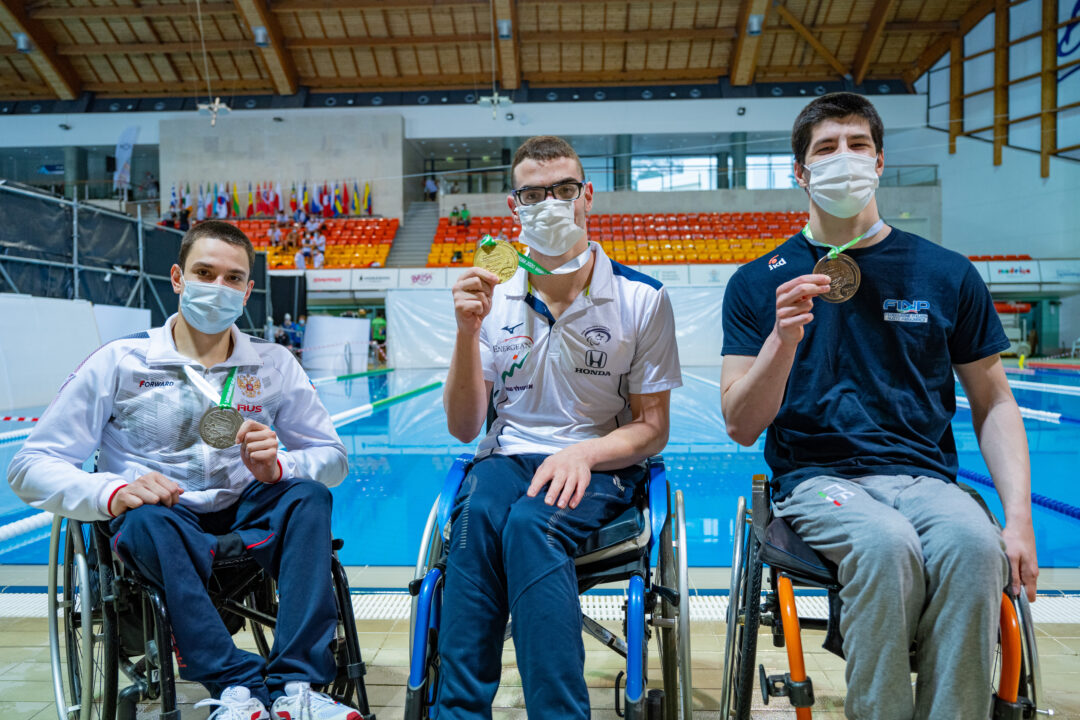 The rapid pace at which swimmers have been crushing World Records calmed down a bit on the penultimate day of the 2021 World Para Swimming European Championships where we saw one World Record, an Americas Record and a huge shift in team standings.

Brazil’s Gabriel Bandeira won gold in the men’s 100 free S14 final with a time of 51.60 to set another Americas Record, his 5th Americas Record of the meet. He rattled the World Record as well, coming within .08 of Reece Dunn‘s record in the event from 2019.

Ukraine had a strong finish on day six, winning the mixed 4×100 freestyle by 2.5 seconds over 2nd place team Spain to end the finals session.

Going into the final day of competition, Ukraine’s lead seems substantial but there is a new potential battle between Italy and the Russian Federation for 2nd place. Russia is behind by 4 gold medals, but ahead in the total medal count after they had six gold-medal finishes today and they earned 16 medals altogether.