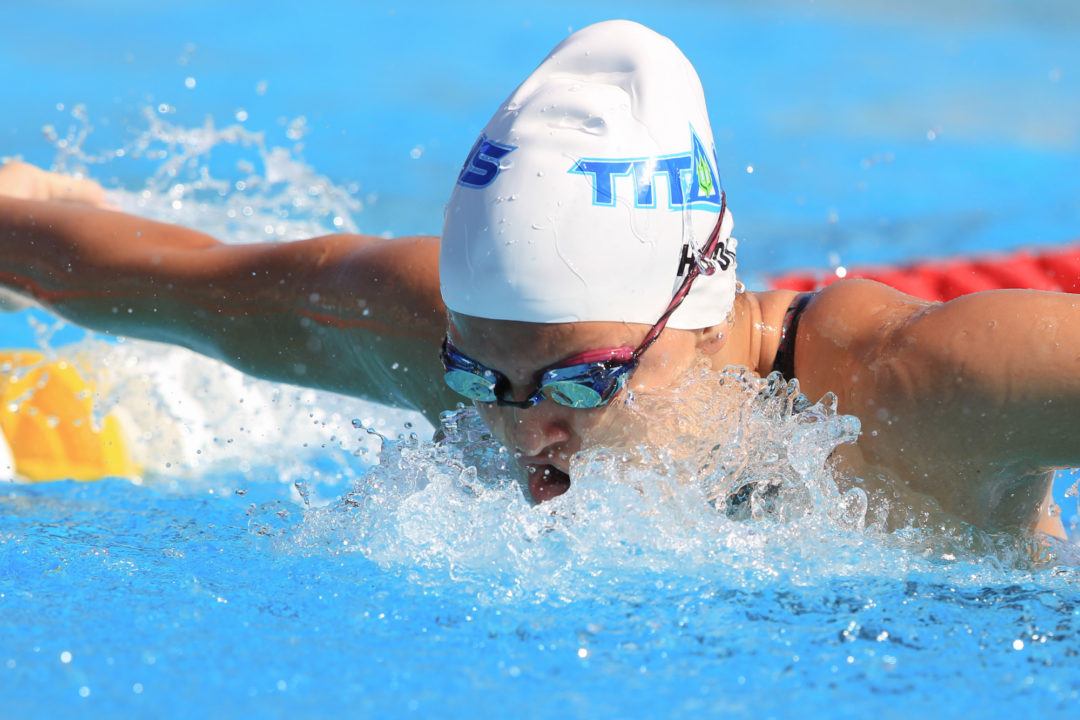 Charlotte Hook, a TAC 17-year-old, clocked a new personal best in the 400 IM, winning the event in 4:06.43. Stock photo via Tim Binning/TheSwimPictures.com

The first day of the Cary Sectionals meet at the Triangle Aquatic Center is in the books, and, boy, was it an explosive start to the meet. The highlight of the meet came when 16-year-old Claire Curzan (TAC) shattered her own 15-16 girls NAG for the 100 fly. Curzan clocked a 49.51 in the event, which the the 7th fastest SCY 100 fly performance ever. Curzan is set to swim the 50 free and 100 back on day 2.

It was pro swimmer Michael Chadwick who won the men’s 200 free, swimming a 1:33.56. The swim was just about a tenth of a second off Chadwick’s lifetime best, which was set at the 2016 NCAAs. TAC 17-year-old Michael Cotter swam a lifetime best 1:34.35 for 2nd in the race, marking a significant improvement. The NC State recruit entered the meet with a best time of 1:35.39.

Lakeside 18-year-old Annabel Crush swam a 1:46.36 to win the women’s 200 free, marking a lifetime best by .12 seconds. Crush, an NC State recruit, had a tough race with SwimMAC 16-year-old Morgan Razewski, who finished 2nd in 1:46.45. The pair were essentially neck-and-neck through the race, with Razewski flipping with a very slight lead at the 150 mark, before Crush edged her out on the final 50.

Also of note, in our recap of the LCM time trials on Thursday, we missed that Ella Welch, a 17-year-old from Cardinal Aquatics, picked up an Olympic Trials cut in the 50 free. Welch swam a 25.69, hitting the Wave I cut of 25.99, and coming in just off the Wave II cut of 25.65.