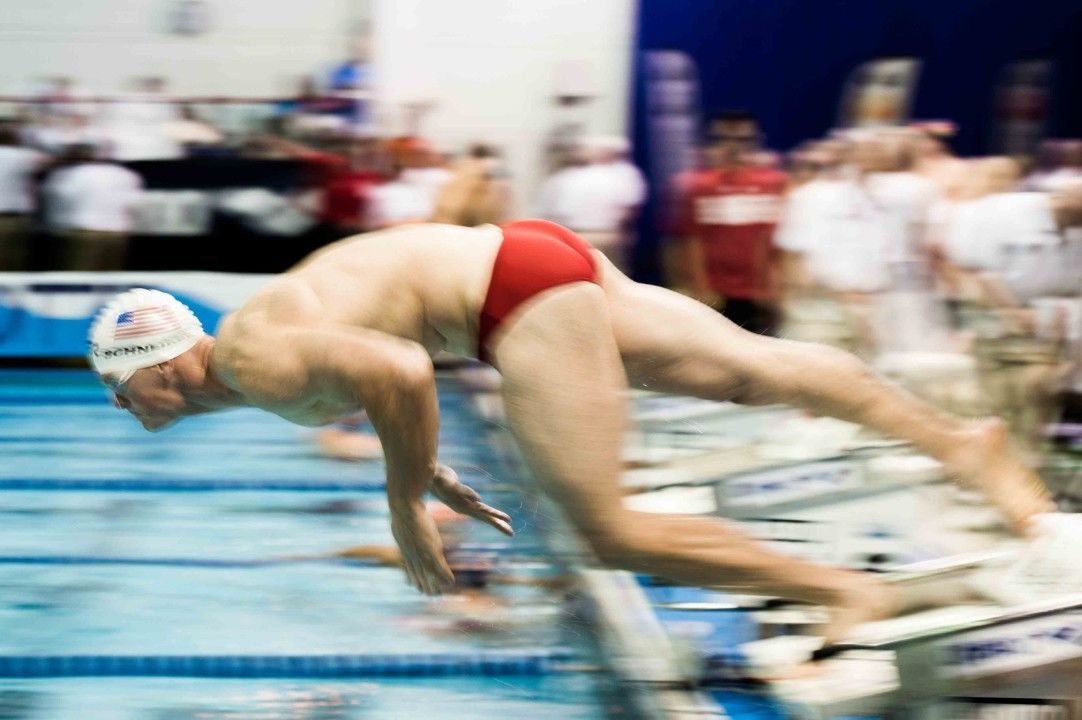 While most of the eyes of swimming fandom were locked on Santa Clara this weekend for the finale of the Arena Pro Swim Series, a number of high-profile athletes chose to stay closer to home for various local meets. Archive photo via Mike Lewis/Ola Vista Photography

While most of the eyes of swimming fandom were locked on Santa Clara this weekend for the finale of the Arena Pro Swim Series, a number of high-profile athletes chose to stay closer to home for various local meets.

We’ve sifted through results to bring you a rapid-fire roundup of the most notable swims and swimmers from outside of Santa Clara this past weekend:

SwimMAC’s pros were the biggest movers and shakers in Greensboro, but a couple of ACC college programs also contributed fast swims.

Dion Dreesens had one of the best individual weekends. The Dutch Olympian represented SwimMAC with multiple wins on the weekend. Probably most impressive was his 1:49.83 to win the 200 free, a time that would have made the A final in Santa Clara.

U.S. Olympian Jimmy Feigen had a nice weekend in his home state, swimming only one race, but making it count. That was the 100 free, where Feigen went 49.61 to easily pick up the win.

Fellow Olympian Breeja Larson did the same type of schedule, arriving only to swim the 200 breast, but crushing a 2:27.28, within a half-second of her season-best.

16-year-old Emma Seiberlich of the Phoenixville YMCA was perhaps the top age grouper. The rising high school junior won both Olympic-distance backstroke races, going 1:04.06 in the 100 and 2:13.04 in the 200.

Olympian Claire Donahue blasted one of the best 100 fly times in the nation so far this year to highlight a fast Tennessee meet. Donahue, of course, is coming out of a tumultuous spring in which her longtime coach Bruce Marchionda was let go as the Western Kentucky program was suspended after hazing violations. Donahue and Marchionda just ended a long period of uncertainly by selecting South Florida Aquatic Club as both of their landing spots, though they haven’t yet started training there.

But Donahue responded to the adversity with a huge 58.99 win in the 100 fly, a season-best and a time that ranks just outside the world’s top 25 for the year.

Outside of Donahue, it was swimmers from Georgia and Tennessee who highlighted the show. Rising Bulldog freshman Kylie Stewart was fast, sweeping the 100 and 200 back with times of 1:02.80 and 2:15.87. Her teammate Ty Stewart (no relation) won the same events for the men, going 56.24 and 2:03.53.

Also swimming with Tennessee Aquatics is former world record-holder Kate Ziegler, in comeback mode after a lengthy break. Ziegler won the 400 free in 4:16.11, her best swim in the event since 2013.

Also in the distance races, Tennessee’s Maddy Tegner had a great 800, going 8:40.45 for the win. That’s her lifetime-best. And Olympic open water swimmer Alex Meyer went 15:27.38 to win the 1500 over Dynamo’s Kevin Litherland.

Josh Schneider was the big name here, competing in the city where he starred as a college swimmer. Schneider was 22.68 to pace the 50 free and 50.05 in just missing a 49-second 100.

Eduardo Solaeche‘s 2:15.56 in the 200 breast was probably the highlight swim here. Elizabeth Beisel was also in attendance, but looked very tired, as did much of the Florida roster.

I’ve seen pictures of Schneider before, but I still manage to be surprised every time at how enormous he is.

Does anyone know what is up with will Livingston from Texas? After a monster season at Texas haven’t heard much from him this summer. Is he a U.S. swimmer internationally? Just curious as to what’s going on with him after watching him compete this year at NCAA’s kid has the heart of lion!

Very slow time for Feigen , once again . Will he really step up for Kazan or what ?