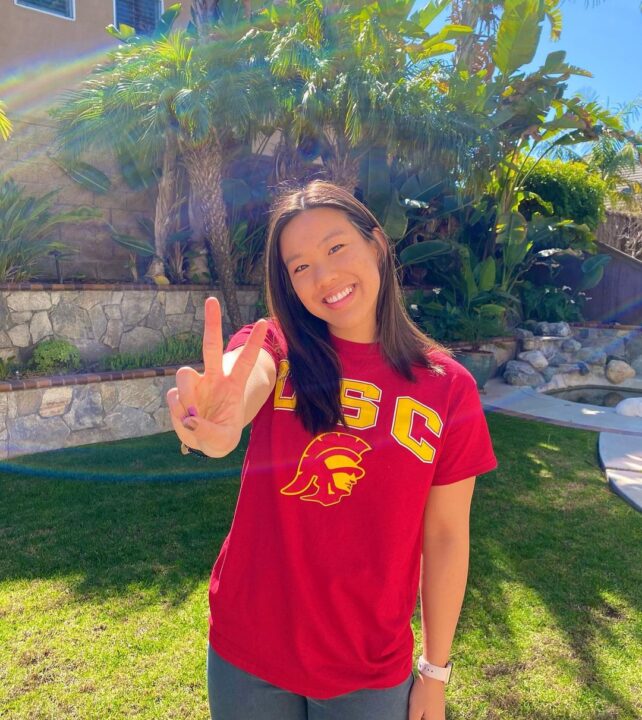 The entire Ivy League canceled the 2020-21 season for all winter sports in November, so Tseng only swam with Princeton for three seasons. Current photo via Courtney Tseng

After she graduates from Princeton this spring, Courtney Tseng has announced her transfer to USC to use her last year of eligibility.

Nothing but gratitude for my friends and teammates at Princeton… but you always find your way back home! I am SO excited to announce that upon graduating this spring, I will be finishing up my last year of eligibility at USC next year. ✌🏽💛❤️ #fighton

The entire Ivy League canceled the 2020-21 season for all winter sports in November, so Tseng only swam with Princeton for three seasons. Rather than staying at Princeton for a fifth year, she’ll instead opt for a year at USC, which is less than an hour’s drive from her hometown of Fullerton. Tseng trained with La Mirada Armada before heading to Princeton in fall 2017.

Tseng recently competed at the Sectionals in St. George, Utah, where she hit a lifetime best in the 100 back (55.56).

Not a bad deal!