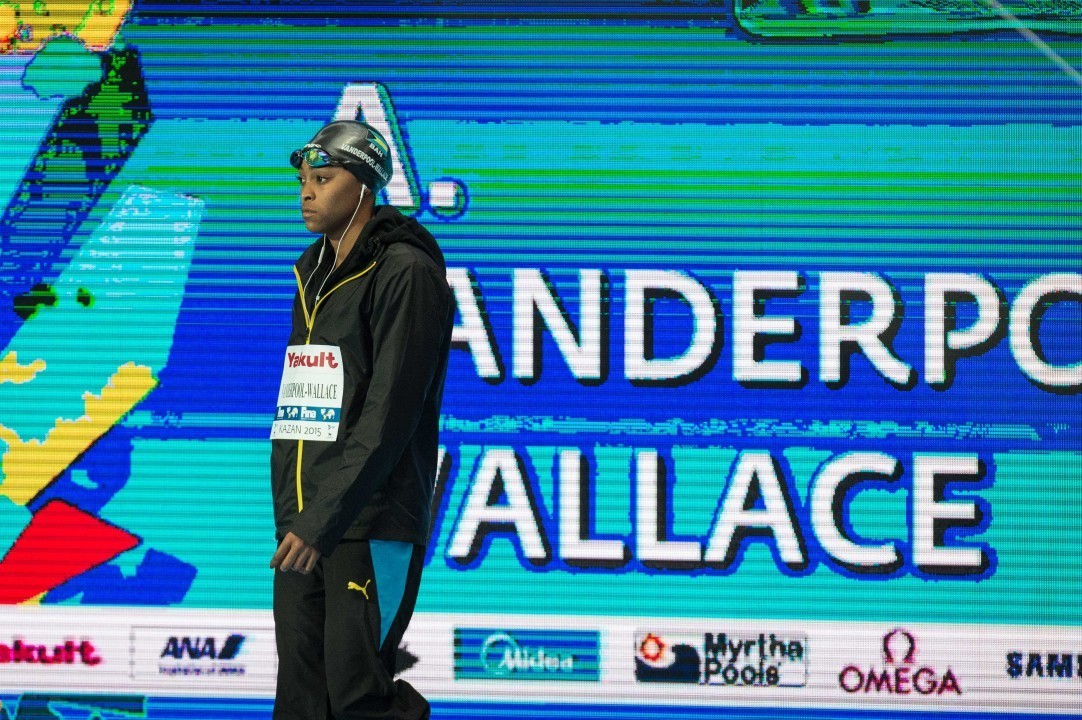 With the ongoing Black Lives Matter protests in the United States and around the world, University of Virginia alumni Cynthia Cook and three-time Olympian Arianna Vanderpool-Wallace were featured on the fourth edition of UVA’s Trash Talk Tuesday on June 9 to discuss their perspectives and experiences.

The weekly show is hosted by Cavalier head coach Todd DeSorbo. You can watch it below:

Thanks to @cyncook @annabahama @alexiswenger8 and @the.jack.walker for joining today! Continued discussion on #BlackLivesMatter and favorite movies and season memories.

“When we consider ‘All Lives Matter’, in principle, yes of course all lives matter in principle. But the raw reality is, in practice, black lives are not valued, or considered essential in American society. We have 400 years of this segment of our population being systematically oppressed and marginalized and disenfranchised through our legal system, through our supreme court. It’s very difficult to turn that around when it’s really been baked in systematically into the fabric of our country.”

Cook challenges and encourages everyone to invite dialogue on the subject, particularly those who aren’t well informed and aren’t comfortable admitting so.

“I did not love Blackout Tuesday,” she said. “I appreciate it in principle. But there’s this concept of performative allyship that I would encourage everybody to lookup.

“It helped me define or articulate why I was uncomfortable with Blackout Tuesday. It’s really about, it’s not just the one day you change your profile pic, you have this statement out, ‘I’m going to be muted and silent and listen,’ and then you go about your day like it’s any other normal Tuesday.”

The theme she continued to come back to was principle versus practice.

“What you put into practice after that day is what matters,” said Cook. “It’s really about those changes, reflections, those actions that you carry forward in the days and weeks and months that matter, that really make you the ally that you’re sort of putting out there that you are.

“I think a lot of people did ‘a thing’, and got a lot of hearts and likes and stuff, but that’s not enough.”

Vanderpool-Wallace, who came over to the U.S. from her native Bahamas at 15, shared a different perspective on Blackout Tuesday.

“I think it was something that started a movement,” said the Auburn alum. “The fact that I would scroll through my Instagram and, (to see) a lot of friends who had never spoken to me about race had that posted meant a lot to me. It was kind of their way of saying they’re in solidarity with black people and stuff that they don’t understand.”

Vanderpool-Wallace also spoke about how different the culture was growing up in Bahamas, and how she had never been exposed to the ‘black people can’t swim’ stereotype until she arrived in America. She also spoke about how interesting it was to get the perspectives from her younger siblings, who have both never lived in the U.S. and therefore haven’t been exposed to American systemic racism.

A 2010 SC World Championship bronze medalist and the 2015 Pan Am Games champion in the 50 freestyle, Vanderpool-Wallace also encourages everyone to vote, to continue having conversations with friends on the issues at hand, and that in order to grow, we need to be comfortable being uncomfortable right now.

“I can’t say that I’ve had the same events and occurrences than a lot of people who grew up in poverty and in the black community have experienced, so I’m also learning a lot during this time,” she said. “Don’t be afraid to ask people questions. I’ve realized I can’t not ask questions. I have to be educated, I have to figure it out, and I’m not afraid for people to ask me questions and I’m not afraid to tell people, ‘I don’t know.’ But I’d be happy to point you in the right direction.”

Also featured on the episode was Alexis Wenger, a rising junior at UVA who was recently named one of the team captains for the 2020-21 season. Wenger finished sixth in the women’s 100 breaststroke at the 2019 NCAAs as a freshman, and was ranked #2 in the event as a sophomore before the cancellation of the championship event in March.

Wenger spoke about how, at such a young age, she’s still learning about these issues, but encourages people to have conversations with her about it. Watch her recent appearance on the SwimSwam podcast here.

In the previous episode, DeSorbo featured Brielle White and Cullen Jones, who also spoke about racism issues. You can watch part 1 here and part 2 here.