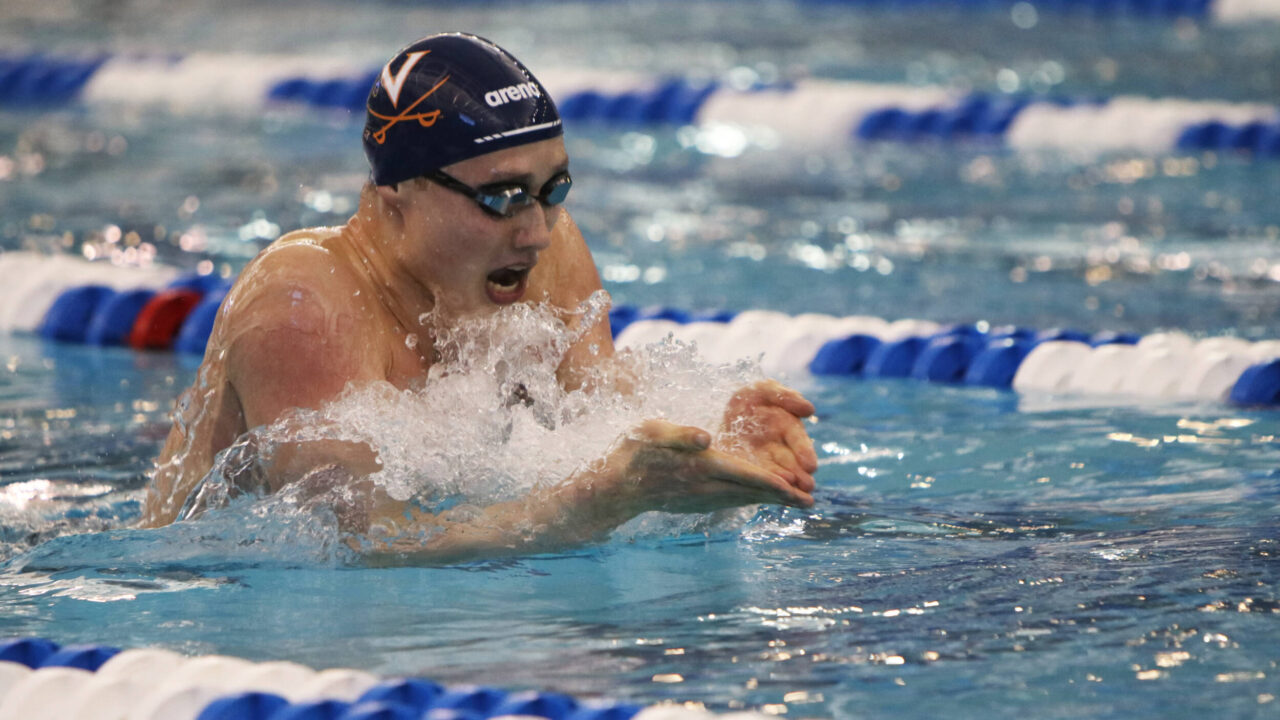 14 year-old Claire Weinstein followed up her 2:00 in the 200 freestyle on Friday with a win in the 400 free on Saturday, going 4:15.57 to win by nearly four seconds. That’s good for an Olympic Trials Wave I cut, although the Westchester Aquatic Club swim already earned a Wave II cut with her 4:13.20 in this same pool last month.

The top four finishers in the women’s 200 fly were all 17 year-olds, and it was Plymouth Whitemarsh’s Casey Cullen who got her hand on the wall first with a time of 2:14.18, her second-fastest time ever. Kyleigh Tankard of the Coast Guard Blue Dolphins was just behind at 2:14.41, smashing her previous lifetime best of 2:16.02. Abby Carr of RMSC, meanwhile, was just 0.01s off of a Wave I cut with her 2:14.60, also setting a lifetime best.

Cheshire Y’s Alexandra Tyler picked up her first win of the meet with 1:01.84, clearing the Wave I cut. That’s a new lifetime best for the 18 year-old, with her previous best time of 1:04.25 coming nearly four years ago, in August of 2017.

On the men’s side, UVA’s Sean Conway won his third event of the meet with a 56.26, his second-fastest time ever, in the 100 back to go along with previous victories in the two individual medley events the previous two days. Annapolis Swim Club’s Joe Hayburn nabbed a Wave I cut with his time of 56.58, shaving 0.42s off of his best of 57.00 from just last month.

Greenwood Swimming’s Sam Folger earned his second win in as many days, as he won the 200 fly by over two seconds with a 2:01.05 to earn the fly sweep at this meet and earning a Wave I cut, along with a new lifetime best.

In the 400 free, 16 year-old Bobby Dinunzio of Tide came out on top in a battle against UVA teammates Jack Wright and Jack Walker. It was a tight race the whole way, with all three touching within tenths of a second of each other at the 300m mark, but Dinunzio took the leading heading into the final turn, and held on to touch in 4:00.77, followed closely by Wright (4:00.94 then Walker (4:01.54). Dinunzio was less than a second off of his best time of 3:59.97, which he hit last month swimming at a Tide home meet.