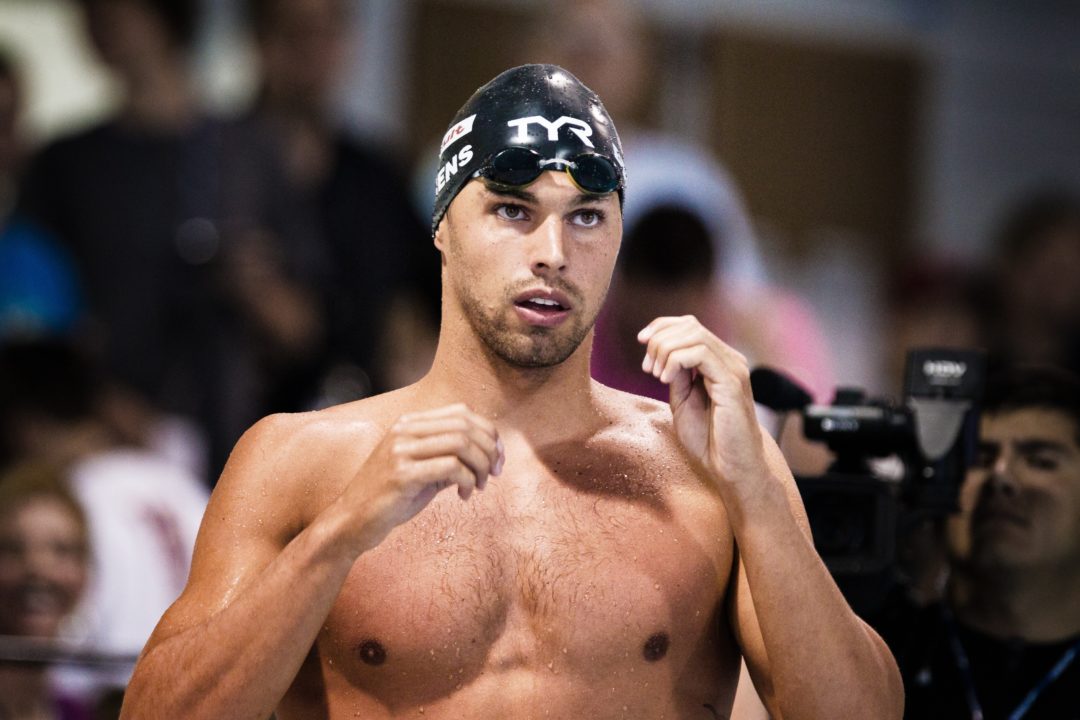 See how Berens ended up finding a career that combined all of his passions, and his keys to maintaining a happy and healthy lifestyle.  Current photo via Tim Binning/TheSwimPictures.com

Ricky Berens isn’t someone who needs an introduction. He’s an olympic, world, and NCAA champion who’s seen success at every level of swimming. And now he’s pursuing success in a completely different way. I spoke with Ricky about making the transition from a professional athlete to just plain being a professional. Ricky wanted to enter the corporate world when he was done swimming, but soon realized that he had been left without some of the tools necessary to break into that world.

See how he ended up finding a career at NULO that combined all of his passions, and his keys to maintaining a happy and healthy lifestyle.

It would of been epic if he parodied his suit-ripping fiasco from back in the day by sitting in the car and using a big rip sound effect or something.

Ricky is an extremely attractive man.

He has a great butt too

Ricky is such a nice guy. I had the chance to talk to him as a kid and them farther down the road as an adult. just a nice guy!

Thanks for posting. We love Ricky Berens.

oh yes . He also had one of the best underwaters ever – which is special

Coleman/Swimswam, Thank you SO MUCH for this video! I love, love, loved finding out what Ricky Berens is doing now! Congratulations to him on his successful transition to life after his swimming career, and PLEASE interview more former National Teamers and start a “Where are they now?” series of videos like this!!!