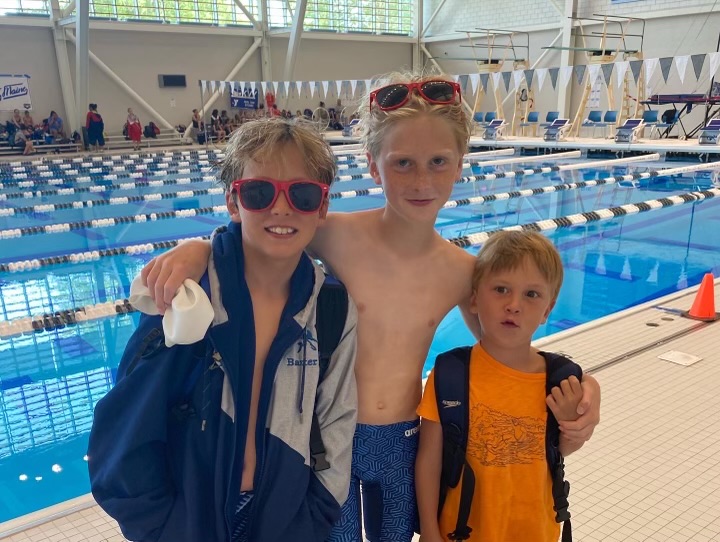 A total of 367 swimmers gathered at Colby College in Waterville, Maine the weekend of July 15th-17th for Maine Swimming’s first-ever long course meet.

Normally, Maine club swimmers travel to St John, Canada for their end-of-season, long course meets because until August 2020, Maine had no long course pools. That began to change in 2017 when Colby College started building a new athletic facility, a project that included a nine lane, 50-meter pool and was estimated to cost a total of $200 million. The pool officially opened in August 2020 amidst COVID-19 pandemic restrictions which limited competition.

The inaugural Maine Swimming (MESI) Long Course Championship meet featured 16 teams from Maine and two teams from New England. About 100 of the athletes lived in the Colby College dorms and were fed in the dining halls for the duration of the competition to make it a convenient experience, MESI office manager Mary Tynan told SwimSwam. Colby College is already planning to host multiple long course meets for Maine Swimming next year and the second annual Maine Swimming Long Course Meter Championship is scheduled for the summer of 2023.

The meet was a breaststroke bonanza with three other MESI records crumbling in the 50 breaststroke. Southern Maine Aquatic Club’s Audrey Cohen broke the girls’ 15-16 record set by Cecilia Guadalupi in 2018 by more than one second with a time of 33.41. Kennebec Valley YMCA’s Ian Fournier cracked the 15-16 record on the boys’ side with a 30.02, taking down Nick Partridge’s record from July 2021 by .60. Down East Family YMCA’s Partridge, now 17 years old, swam a 29.77 to break the 17-18 boys’ record which was set at 30.06 by Liam Sullivan in 2018.

Mid Maine Dolphins-Waterville broke the final two MESI records in relay events. Their team of Elsa LaPlante, Isabella Lebovitz, Luke Strahorn, and Stephen Dryer won the 10&U Mixed Medley relay with a time of 2:51.58 to set a new record while Caden LaPlante, Owen Phelps-Scholz, Joseph Branaugh, and Ian Lane broke the boys’ 11-12 4×100 medley relay record with a time of 5:30.11. They crushed the previous mark set by Long Reach Swim Club by 25 seconds.

After three days of competition, Kennebec Valley YMCA topped the overall team scores with a total of 3315 points.

Pretty sure they travel to St John not St Johns…