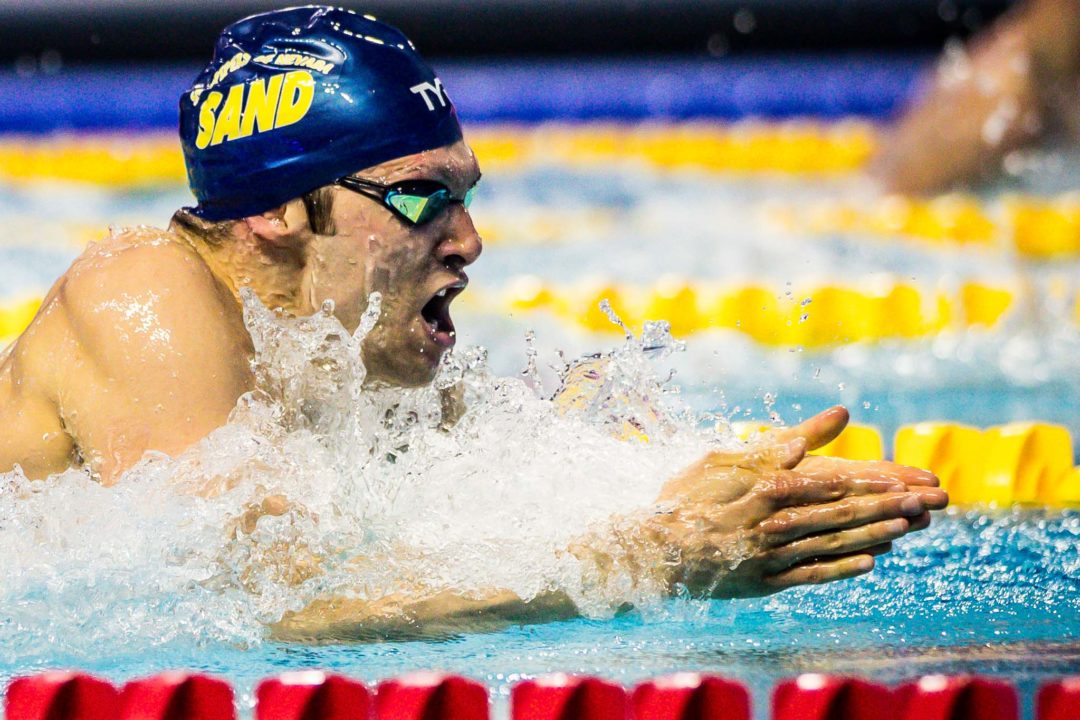 Cody Miller released a new vlog this morning on his YouTube channel after a month-long hiatus. Stock photo via Jack Spitser/Spitser Photography

Cody Miller released a new vlog this morning on his YouTube channel after a month-long hiatus. Miller’s post should come as a relief to the readers who have emailed us asking if Cody was okay. In the video, Cody gives us a brief view of the baby room he’s putting together, then takes us out to his backyard. First, Cody shows off a very large new deck which he built himself, including a concrete foundation he poured himself.

After that, Cody gets to the main feature of the episode, which is an awesome-looking “Cody Miller” branded Endless Pool. Cody says he helped put the pool together over the course of about 3 days, and that he’s been training in it for a few weeks now. He shows off many of the features of the pool, noting that it can be used for virtually any type of swimming training. Cody also explains that the pool has been a blessing for him, because it’s provided him with the only permanent training option since COVID-19 hit the States in full force back in March.

Miller says that a lot of swimmers, even Olympic-caliber swimmers, are still having a tough time with finding consistent training options.

You can see ENDLESS POOLS here.

It’s pretty sweet. But my question is, Does it get boring doing workouts in there for hours?

Nice little pool to have in the backyard. Would like to train in one someday to see how it compares.

So glad to see Cody’s vlogs back up and running and to see his pool. So cool.