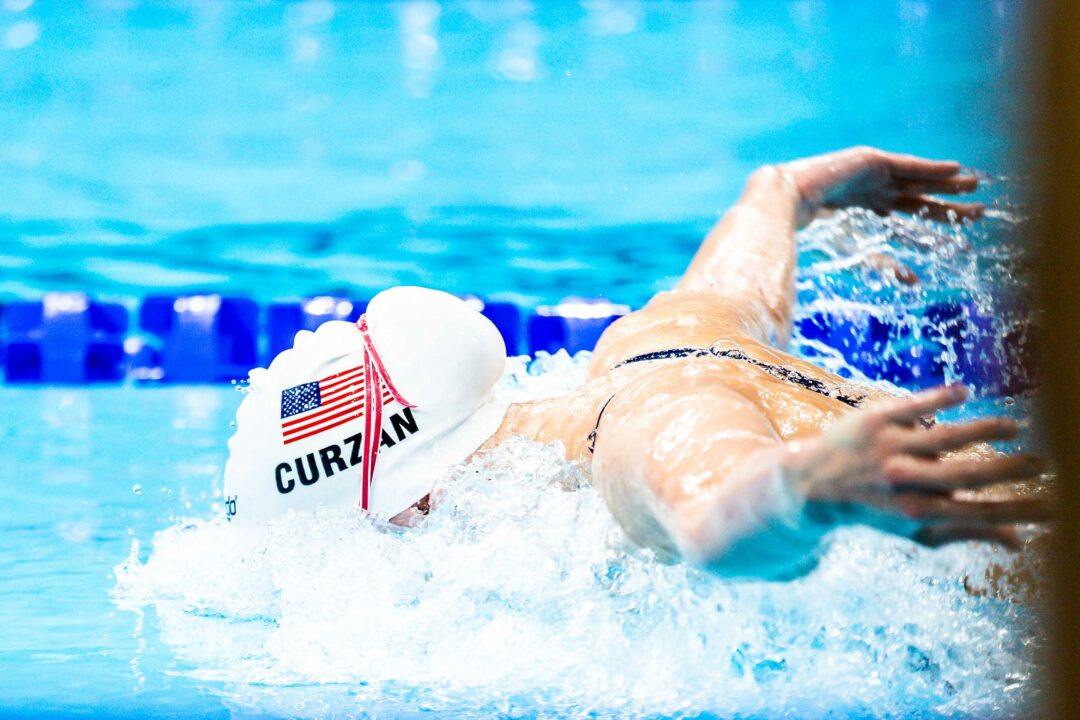 With the performance, Curzan is now the #7 performer all-time in the women's SCY 200 fly, the #6 American all-time, and her performance is the #10 performance Stock photo via Jack Spitser/Spitser Photography

The swim was a personal best by nearly 3 seconds for Curzan, and breaking the NAG is really just the tip of the iceberg. With the performance, Curzan is now the #7 performer all-time in the women’s SCY 200 fly, the #6 American all-time, and her performance is the #10 performance all-time.

Before I reveal the new all-time top 5 for the girls 17-18 SCY 200 fly, we need to note that Curzan wasn’t the only swimmer in the field last night with a historic swim. Fellow 17-year-old Kiley Wilhelm (Life Time Swim Team), who, as far as I can tell, hasn’t yet made a college decision, roared to a new personal bet of 1:52.54. For Wilhelm, the swim marked a new personal best by 7 seconds. With the performance, she’s now the #3 performer all-time in the 17-18 age group.

Now, without further ado, let’s get into it. Her is the newly-updated list of all-time top 5 performers in the girls 17-18 200 fly:

Curzan has bumped herself up into a whole new echelon in the event. Here are the all-time top 10 performers in the women’s SCY 200 fly:

Curzan is also now the #6 American all-time in the event, behind only Ella Eastin, Regan Smith, Elaine Breeden, Kelsi Dahlia, and Grace Oglesby.

Here is the list of all-time performances in the women’s SCY 200 fly:

What’s most notable here is just how differently Curzan and Eastin approach the race, Typically thought of as more of a sprinter, Curzan used her speed to her advantage on the front half of the race last night, getting out to a 52.37 on the first 100 of the race. Curzan’s 3rd 50 split of 28.31 is fairly competitive with Eastin’s AR split of 27.87, but the 30.17 on the final 50 is vastly slower than Eastin’s closing speed.

World records await for her.

Great swims by both women. An additional note I haven’t seen on Swimswam but Coleman Stewart went a 43.70 100 back at the same meet. One of the fastest times ever.

basically expected at this point from her

The classic fly and die method

Seriously, what will she swim in college?

Her parents are great motivators!

She is not slow