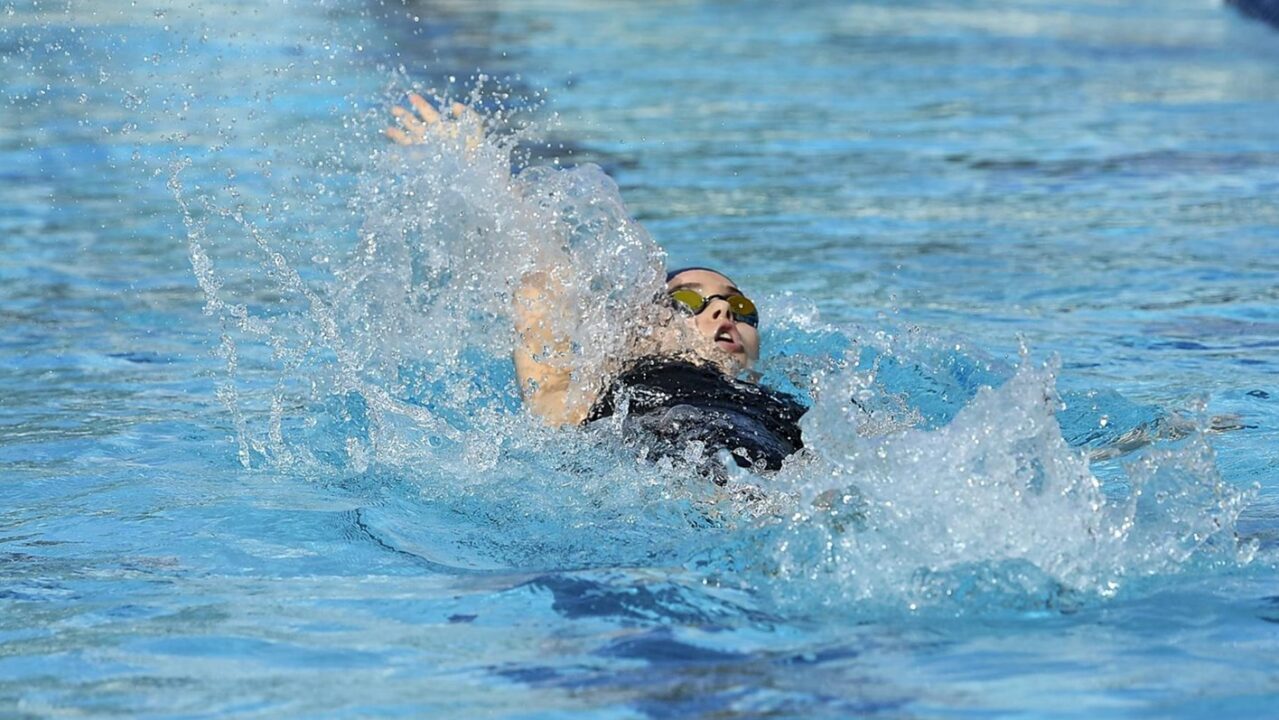 Zoe Spitz opened her season at the Rice Invitational Oct. 14-15 in Houston with a pair of individual wins and aided the Owls in winning the meet. Archive photo via Rice Athletics

Spitz opened her season at the Rice Invitational Oct. 14-15 in Houston with a pair of individual wins and aided the Owls in winning the meet. The senior won the 200-yard backstroke in a time of 1:56.76, which ranks first in The American this season and 19th in the country. She also captured the 100 backstroke in 54.62, which ranks second in the conference.

Gubeno won three individual events as the Bearcats were narrowly defeated at West Virginia Oct. 21-22. The junior swept the backstroke events, finishing the 100-yard backstroke in 49.24 and the 200 back in 1:46.35. He also won the 200-yard individual medley in 1:50.65. All three times rank second in The American this season.

Smithson picks up his second weekly honor of the season after a pair of top-3 finishes at No. 25 Minnesota Oct. 21-22. The senior won the 1-meter event with 339.00 points and placed third in the 3-meter event with a total of 320.03 points. Both marks were NCAA Zone Diving qualifying marks.