Cielo and Pereira sign with clubs before qualifying deadline 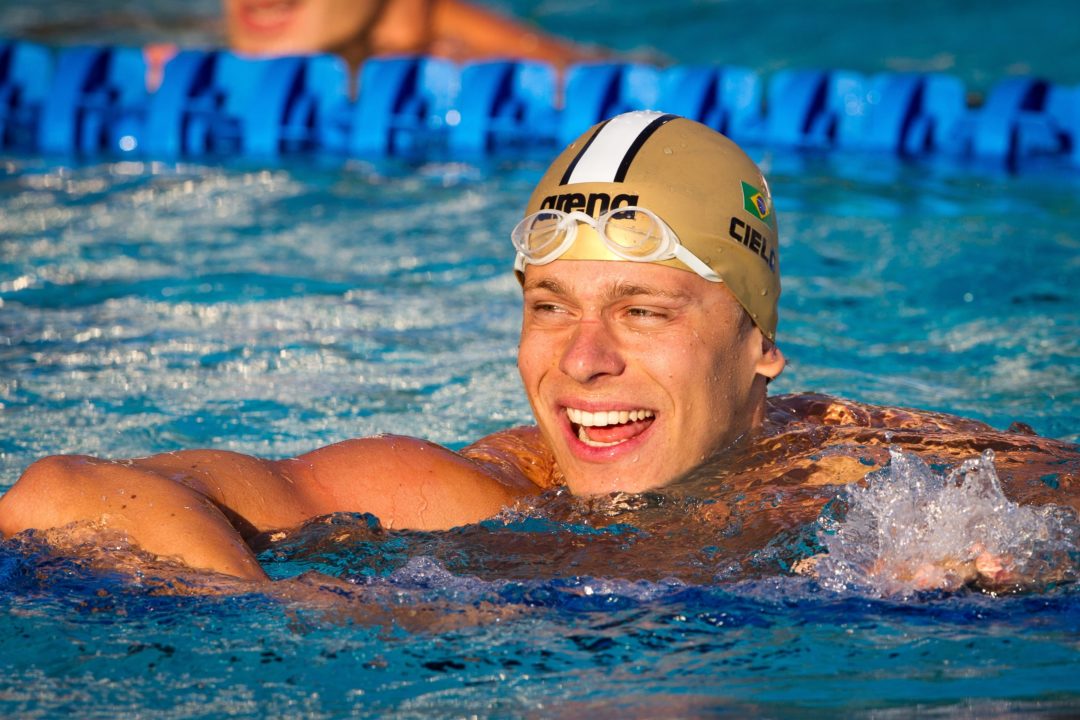 According to Globoesporte Cesar Cielo has signed a contract to represent the club that he grew up swimming for, Clube de...

According to Globoesporte Cesar Cielo has signed a contract to represent the club that he grew up swimming for, Clube de Campo de Piracicaba (CCP). One of the factors that weighed into 2008 Olympic Champion’s decision is that Piracicaba is located only 30 miles away from Santa Bárbara d’ Oeste, which is his hometown.

Cielo will still be training with American Coach Scott Goodrich.

Lancenet has also reported that Olympic silver medallist Thiago Pereira has signed a two year contract to swim with SESI, which is coached by Fernando Vanzella.

from April 22-27th where they will be seeking a birth onto the Brazilian team headed to the World Championships in Barcelona. It was extremely important for both Cielo and Pereira to sign with clubs since under Brazlian rules, swimmers who do not represent a team can only swim in the preliminaries at the qualifying meet.

I am a new swim fan. So, you have to represent a club to compete on the international level? So, a swimmer can’t train solo with a coach? Do these kind of rules hurt poorer countries?

SWIMFAN2 – no, this is specifically a rule in Brazilian swimming, where the sport is much more team oriented. This isn’t Brazil’s ONLY qualifying meet, however it is their PRIMARY qualifying meet, so swimming in finals is important. The reason they have that rule in Brazil is to preserve the integrity of the meet as a team championship as much as an individual championship. It would be like a swimmer from Kansas State, who doesn’t sponsor a swim team, showing up at NCAA’s and trying to swim unattached.

In Cielo’s case, for example, he is training solo with a coach, but just needs someone to represent, so he’s going back to his childhood team. You see this in the U.S.… Read more »

Wow, that really explains it. Thanks so much for the information!