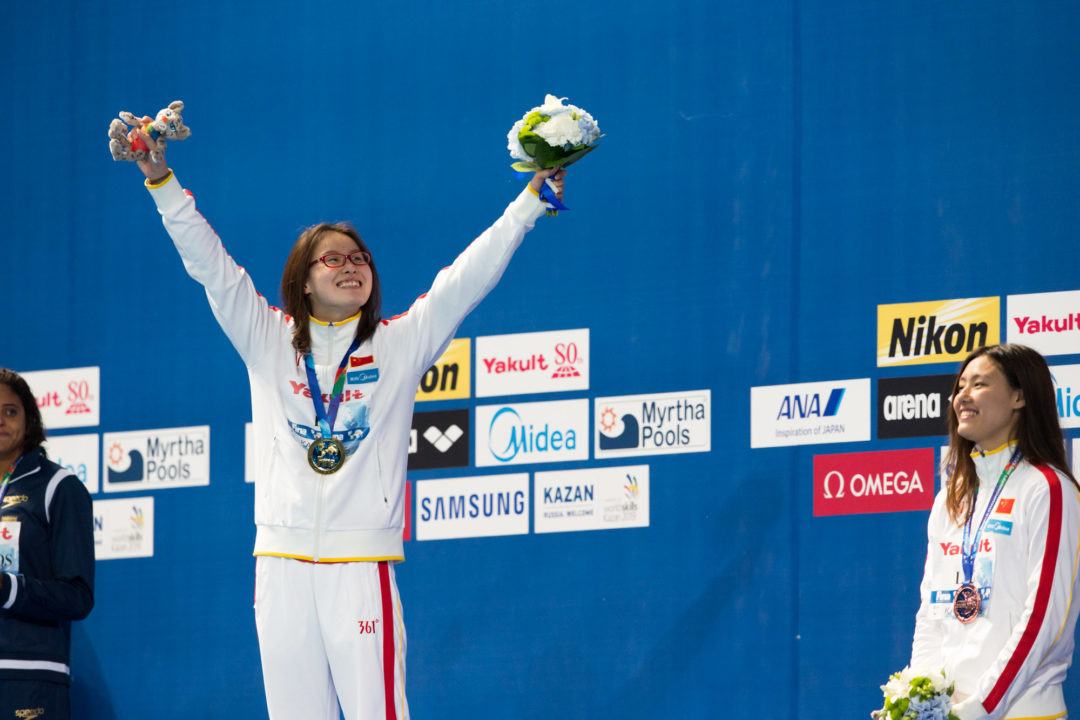 China's Fu posted the 6th fastest swim in history in the women's 50 back prelims.

Defending world champion Fu Yuanhui from China led the way in the prelims of the women’s 50 back, notching 4the th fastest swim in history in a time of 27.21. The swim misses her own Asian and Chinese records by a tenth (27.11), and gives her four of the top five swims in history.

Fu was the Olympic bronze medalist last summer in the 100 back, tying with newly minted World champion Kylie Masse, but had a disappointing showing there finishing outside the final. This was a good rebound swim for the 21-year-old, as she solidifies herself as the clear favorite moving forward.
Fu’s closest competitor in the prelims was Belarusian Aliaksandra Herasimenia and 2015 runner-up Etiene Medeiros, both over four tenths back at 27.65. Masse was a little sluggish after her world record swim last night but still qualified for the semis, 13th in 28.10.

Fu was also the silver medalist in this event in Barcelona back in 2013.