When Should Your Child Wear A Tech Suit? 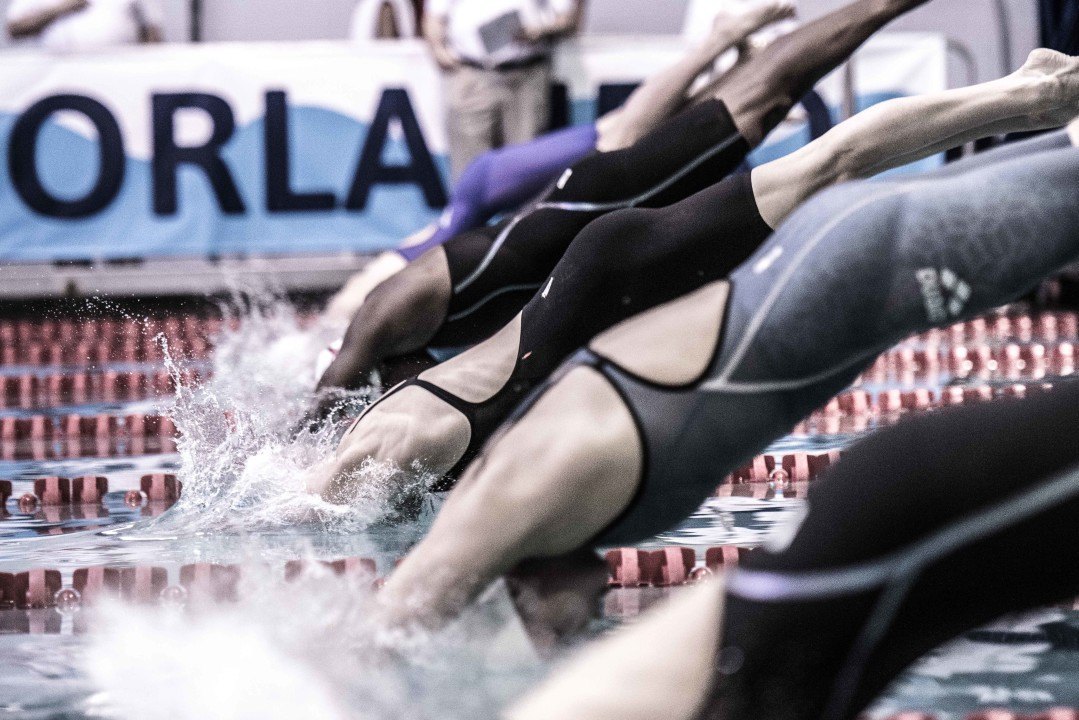 In Southern California, a new rule regarding tech suits at age group meets was passed. I saw some discussion about it on Facebook and one parent wanted to know why the LSC would get involved and tell us when our kids could wear a tech suit.

The HoD also voted a ban on ‘Tech’ suits for swimmers 5-10 years old for all Southern California Swimming sanctioned meets.”

Personally, I agree with these rules. I remember when my kids were in 10 and unders and one swimmer my daughter’s age got a LZR Fastskin. I thought I needed to buy one for my daughter, too. Our coach said no, and suggested a plain navy, one-piece instead. She said that she didn’t believe in young kids wearing tech suits, and in her day you didn’t get a suit unless you earned it.

Here are some thoughts about why you should wait to buy your child a tech suit, especially in the 10 and under age group:

A tech suit isn’t going to make or break a young swimmer. Tighter streamlines and not lifting their heads going into turns will get them faster than a suit—as well as growing and getting stronger.

If there’s too much focus on results by parents, then the enjoyment and satisfaction children experience is minimized. Buying a tech suit for a young child places an emphasis on times.

It’s not the suit.

Kids should be having fun with their friends at the pool. We want them to love the sport and stay with it through college and masters. We don’t want them to believe that it’s a magic suit that earned them a time, rather than their own hard work and effort.

There is something be said for waiting and letting your child earn their first fast suit. Our team has a contract with a manufacturer and our swimmers get a free suit when they get to Junior Nationals. The problem is it may take a tech suit for a teenager to earn that first Junior National time. Most of our team’s swimmers get tech suits for their big meets, whether it’s JOs or Sectionals, on their way to earning Junior National times. It makes the big meets exciting with tapering, shaving and wearing tech suits—and swimming fast.

When do you believe kids should wear tech suits? Does your LSC or team have rules on when they wear them?

board member, fundraiser, newsletter editor and “Mrs. meet manager.” She’s a writer with a bachelor of arts degree in editorial journalism from the University of Washington with a long career in public relations, marketing and advertising. Her stories have appeared in newspapers and magazines including the Los Angeles Times, Orange County Parenting and Ladybug. You can read more parenting tips on her blog.

South Africa is currently awaiting a decision about the use of tech suits in young swimmers. Looks as if 13&over will be allowed to wear it but not 13&Under.

Our personal experience with this is that it does not make a difference. Our swimmer swims PB’s in the old school and tech suits alike. She swims heats in old-school suits as it is easy to change. (She is asthmatic) Keeping her chest dry, especially in winter months, is making a difference so we change suits between events.

That is not easy to accomplish with tech suits as one can barely afford one suit let alone more than one to change between events.

I overheard many remarks made poolside by… Read more »

To use your words against you, it’s about technique (not the suit) so why make it about the suit? This rule makes it about the suit. A tech suit makes trivial difference to an age group swimmer, and even less to a bad age group swimmer so why create confusion? Bonded, meshed seams? Who can tell when buying online? Suits like this are getting cheaper every year, and can easily be found for around $100 if you’re willing to get last year’s colors. Manufacturers will push features down to lower end models every year. Likewise, there is nothing stopping Speedo or Arena from making $400 suits with stitched seams that are “tech suit compliant”. Stick with a clear standard (FINA)… Read more »

Anyone else thinking that the suit issue might be more about the parents and their ego gratification (and GASP! buying the affection of their children) than the swimmers?

Not my business, but it has been bothering me to see little ones about 8 years old wearing tech suit at small LSC meets. They would usually drop 100 or more seconds a year without fancy suit. In fact, unless they are super tall, there should be no size for them. I was with a 12-year- old girl once, and she was told there was no size for her and therefore the vendor could not sell to her because she was too small for their smallest size and they consider themselves professional in the business and want to sell after they know the size/item perfectly fits.

After that, she of course grew and received a free suit because she… Read more »

USA Swimming was supposed to review the age group tech suit report yesterday at their BOD meeting. What do the powers that be say?

It should be a decision made by the swimmer, coach and parents when a tech suit is appropriate. I would not mind if they were banned for 10 and under swimmers. I bought an aqua blade for my 11 year old, her coach helped her get a free hand me down from a kind high school swimmer for her to swim at AG state at 11.5. At 12 she wore a Speedo LXR Elite 2 that I bought used on eBay to swim a full schedule at zones. At that time we took advantage of the zone discount and bought her a nice suit at 1/2 price. She and her coach decide when she suits up. There are plenty of… Read more »

LZR Fastskin is not a banned “tech” suit, but yet it’s a tech suit….the policy is a joke

As a parent of two swimmers, I wish I didn’t need to buy tech suits, but I do. The one thing that bothers me in this article is the comment about not getting a tech suit until they reach the junior national level. I’m not sure what club the author comes from, but in my experience, very few senior swimmers ever reach that level, perhaps less than 10%. So she is inferring that 90% of swimmers don’t deserve to have a tech suit. Not all kids are superstars like hers, in fact most of those in the sport aren’t.