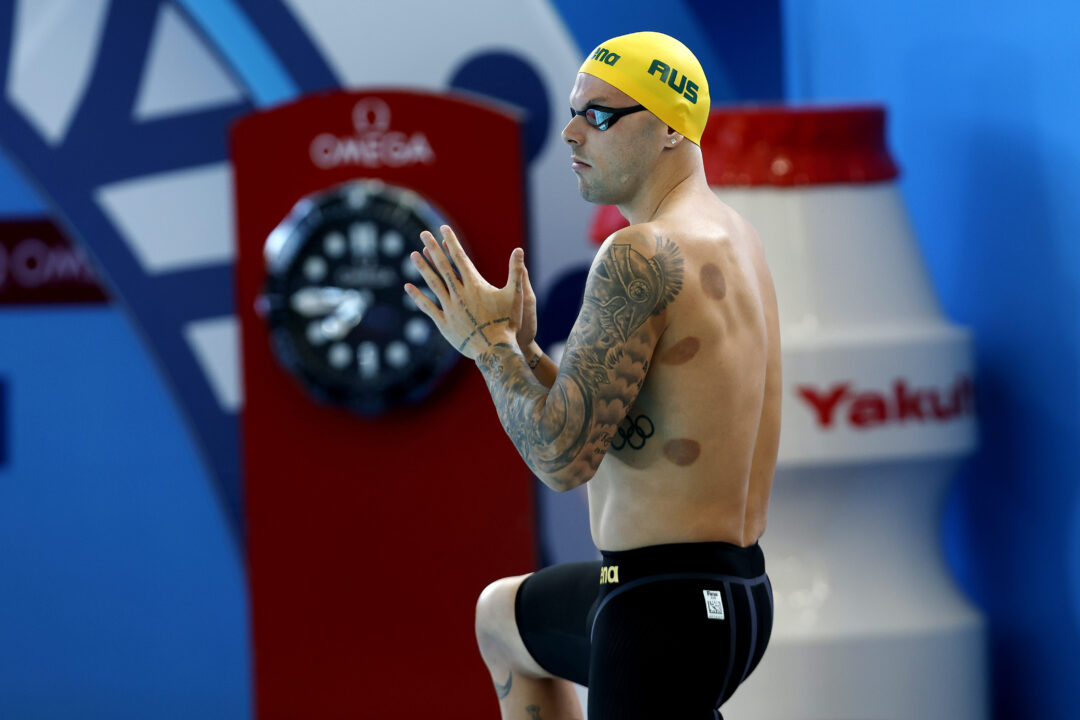 Olympic champion Kyle Chalmers is entered in an off-event of the men's 800m freestyle for this weekend's South Aussie State Championships. Archive photo via Con Chronis/Arenasport

The 2023 South Australian State & Multi-Class Open Championships begin on Friday, January 20th. The state’s biggest stars are set to descend upon the SA Aquatic & Leisure Center over the course of the weekend, with Olympic champion Kyle Chalmers making his return after having missed the 2022 edition due to shoulder surgery rehabilitation.

24-year-old Chalmers is set to take on his bread-and-butter 100m free event, along with the 50m free and 50m/100m fly but the Marion swimmer is also entered the 800m freestyle.

Rarely racing any freestyle event over the 200m distance, Chalmers’ sole 800m free result in the Swimming Australia results database is represented by the 8:28.97 time he logged in 2017.

Teammate Meg Harris is also expected to be among the women’s fields this weekend, with the 20-year-old Olympic medalist carrying a hefty schedule. Harris is entered in the 50m back, the 50m/100m/200m free, the 50m fly as well as the 200m IM.

Madi Wilson has an identical schedule to Harris, so we’ll see the two duel across the disciplines as the meet unfolds.

There is also a small Japanese contingent among the entrants to provide some international competition.

16-year-old Mio Narita is listed both on this meet’s entries, as well as on the list of potential athletes competing at the Kosuke Kitajima Cup in her native Japan, so we’ll see where she dives in. Takeshi Kawamoto and Ai Soma are additional Japanese stars on which to keep an eye down under.

Would that be good for his shoulder?

I wonder how serious the Marion swimmers will take it, they could set a couple of world leading times but that would mainly fall to Chalmers or Temple.

Kyle should easily beat a 49.0 even if unprepared. Meg or Madi could certainly beat Weitzeil’s 53.65 depending on how serious they are.

Chalmers normally puts out some solid outings at this meet but did SC Worlds in Dec cause some readjustments ? Would not surprise to see him 49lowish, maybe sub 49.

Will be interesting as to how serious he may pursue butterfly this year. Whilst a 100 selection spot is well within his range; one wonders whether his lack of results may have seen a reassessment back to strictly freestyle for international waters.

Would not be surprised to see Wilson sub54; less sure of Harris. Other than SC Worlds, Temple had a disappointing 2022; it will be interesting to observe the 2023 vintage. Very curious regarding Neill who should be looking to lock down spots in both 200/400 free.

Chalmers went 48.6 in the relay at the end of the session about 10 mins after going 22.5 in the 50 free so probably he’ll be 48 something tomorrow.

What is a polar bear doing in Arlington, Texas?

Lots of turns – could be a good event for KC

It will be like him scratching the 200 free four times at once!