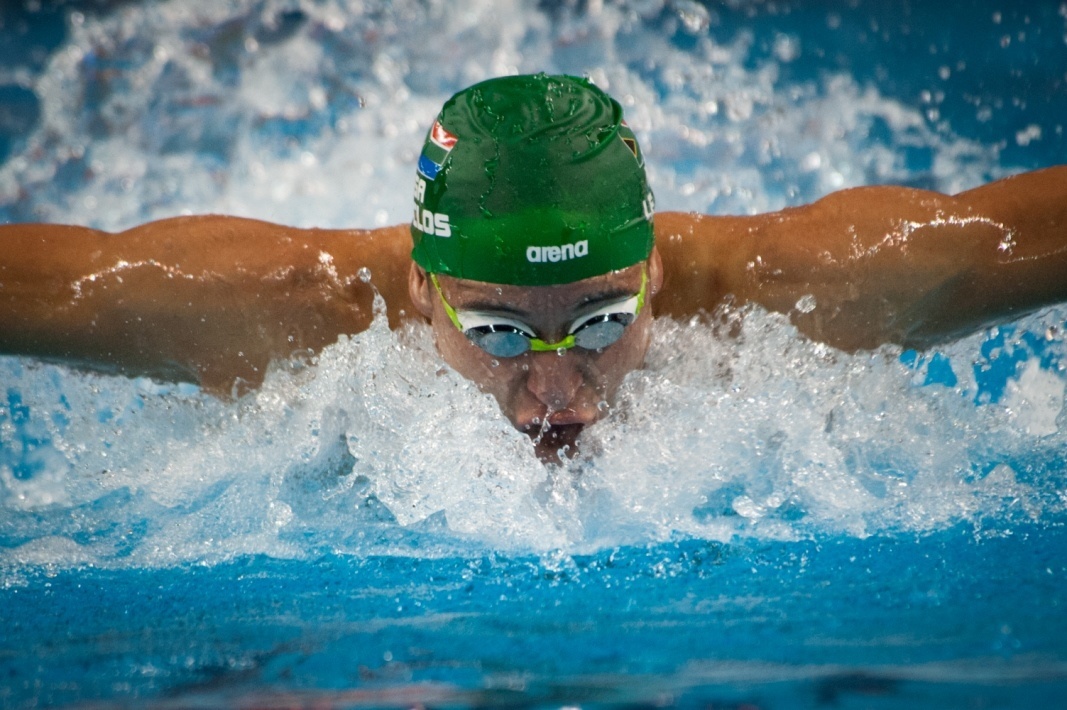 Chad le Clos is most famous for his butterfly exploits, but in Kazan, he'll make a big push outside of his comfort zone. Archive photo via FINA

That five-event schedule will be a bigger individual run than Le Clos has ever raced at a season-championship long course meet, and a significant addition to his schedule from what we saw at the 2013 Barcelona World Championships, the most recent in long course:

South Africa has not publicly announced their final relay selections, meaning that Le Clos could see up to 8 events.

That doesn’t necessarily mean he’ll complete all of the rounds, however. Last year’s Commonwealth Games is the only of the above five meets in which Le Clos saw all of his events through to the finals, either by choice or qualification. At the 2012 Olympic Games, for example, he withdrew after qualifying 7th for the 200 IM final; at the 2013 World Championships, he didn’t manage to even escape prelims in the 50 fly.

He ended the 2014 calendar year ranked 2nd in the world in both races.

0
0
Reply
Henry B
Reply to  Billabong

he might hit your predictions’ times only when he keeps his head still, no glancing left & right during the race to find where his rivals are…chad le clos totally ruined the beauty of butterfly. hope he can fix his technique before racing other top flyers this summer at worlds. also he better watch out for kanrad czerniak & tom shields, these guys could pull of an upset any time & steal the g away from him.

0
0
Reply
billabong
Reply to  Henry B

I like Tom Shields’ chances. He is the reigning 100m and 200m champion of the USA. I think he will go:

Hopefully at least one of those will be a podium finish for him.

He’s been 1:47.1 before his sizable drop in the 200butterfly. Don’t count him out. I’m as large of a proponent for LeClos- ie, I dont think his talent comes close to Phelps’ and I dont think his butterfly looks graceful by any stretch of the imagination, but his short course times suggest that he could take his 200free under 1:46. While he isn’t in the conversation for medal yet, the field is extremely tight in the mid-low 1:45s, so he has a shot in later years.

completely agree here . He has chances to figure very well on the 200 free . It will be a great race this summer .