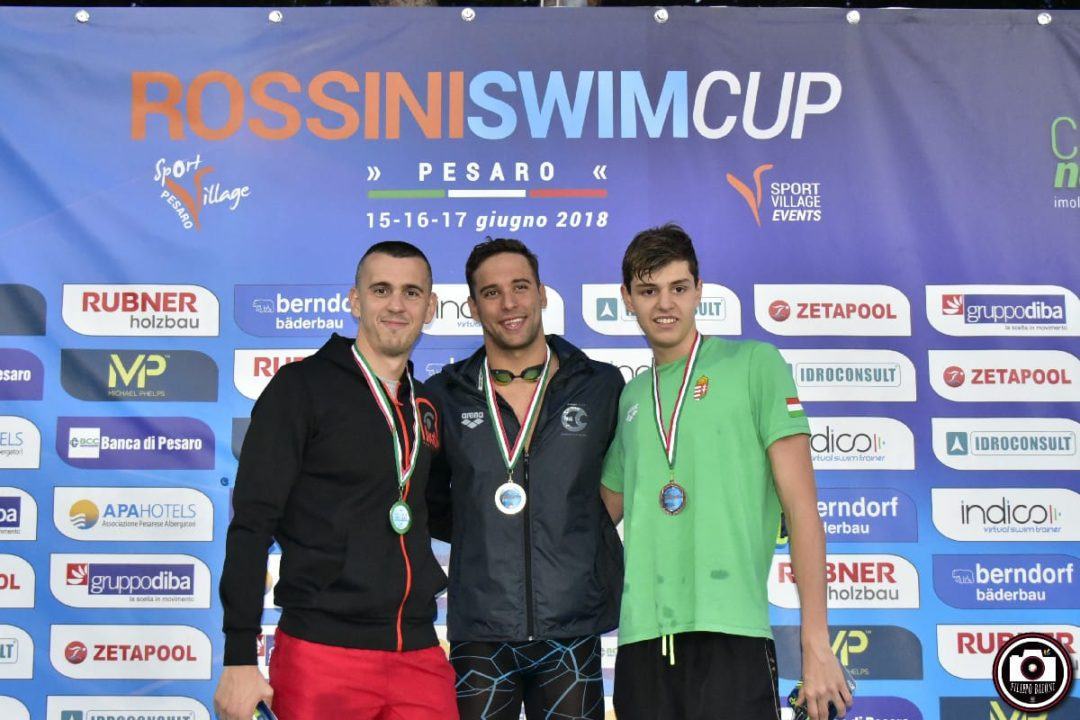 South African Chad le Clos won a 2nd big showdown with Hungarian rival Laszlo Cseh on Saturday in Italy. In Friday’s 100 fly, Le Clos won pretty handily (by 1.3 seconds), but most of that margin came on the second 50. As the splitting of that race would indicate, the 50 fly was much more competitive at the finishing touch, but the order was the same: Le Clos would win in 23.94, followed by Cseh in 24.09.