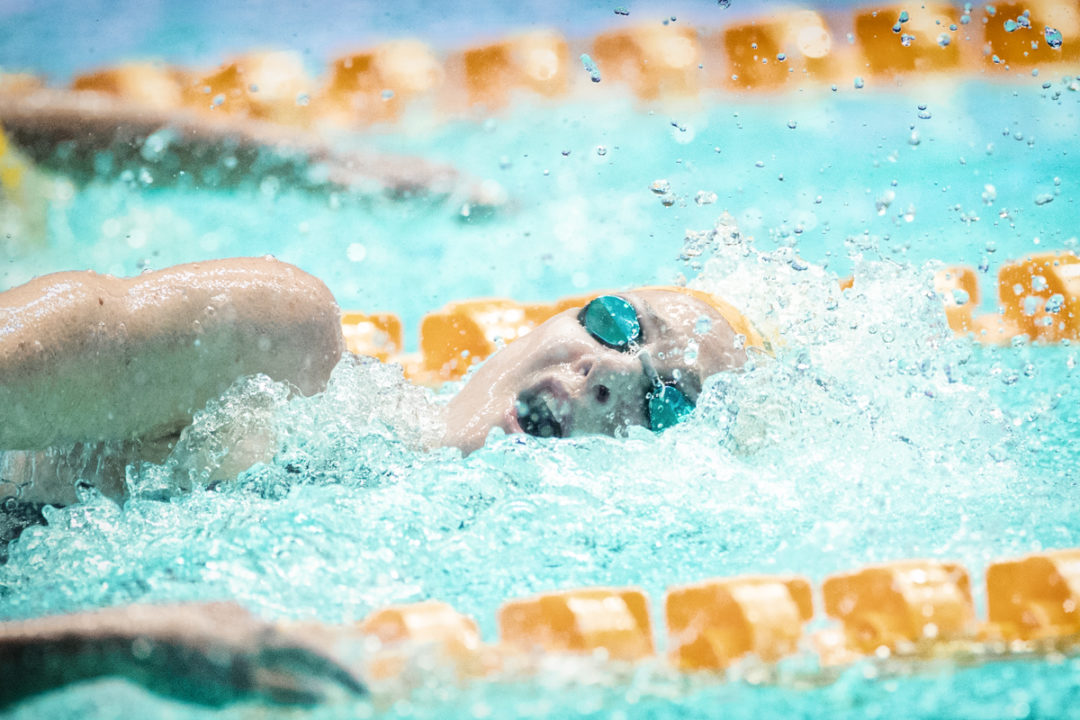 In an interview with The Australian, Cate Campbell says she thought she had false started in the Rio 100 free final, leading to a disappointing 6th-place. Archive photo via “Rafael/Domeyko Photography”

In an interview with The Australian published this week, sprint star Cate Campbell says she thought she had been disqualified for a false start in the 2016 Olympic 100 free final, leading to her disappointing 6th-place showing.

Campbell was the world record-holder and heavy gold medal favorite going into that event in Rio, and her 6th-place finish was one of the low points of a relatively disappointing Olympics for Australia.

At the time, Campbell herself called the race “possibly the greatest choke in Olympic history.” But almost four years later, Campbell gave The Australian some more details about what threw off her Olympic race. Notably, Campbell says she believed she moved on the block and would be disqualified at the end of the race.

“I moved,” Campbell said. “But I might have been still enough to move again when the starting signal went.

“I was about 90 percent sure that I would be disqualified,” she continued. “Maybe it would have been a preferable option.”

The sprinter, then 24 years old, said the start threw off her race plan, and in a swim that takes less than a minute from start to finish, there wasn’t enough time for her to regroup.

“I won’t say exactly what I said [to herself in the water] because you won’t be able to print it,” Campbell told The Australian. “And then any race plan you had has been taken over by this overarching thought and 100 meters is not enough time to really reformulate and go again.

“I always say that it was probably the first 25 meters, 35 meters of that swim that derailed the whole event. I just dumped way too much energy, and that was part of it.”

Had the same thing happen to me at a meet a few months ago. I did actually get dqed though. Threw my race plan away completely.

I take it you’re a pro swimmer.

Mixed thoughts on this. For one, it makes sense. At the time, I thought she just went out too fast and died, and the adrenaline boost from what she’s said could definitely be the cause for that. But at the same time, I’m wondering why she’s mentioning it now almost 4 years later when she should be way past it. What is she going to say in 2023 about her 2019 WC loss??

Now that we’re just 5 mon out from the 2020 games, I’m not sure why she wants to be going down this 2016 road again. I wish her well and hope she looks forward

kinda doubt she brought up the subject herself

I’m sure you’re right — she was probably asked (again) “what happened in 2016” — but she decides for the first time 3 yrs after the fact to bring this up? Odd.

Probably because she was asked about it.

Wait I thought she lost because of the key board warriors? Would prefer if she just stuck to one excuse.

At least she didn’t break out the Cocaine Kiss defense.

Sigh. Jack just said it was an example . She NEVER said that’s what happened to her .