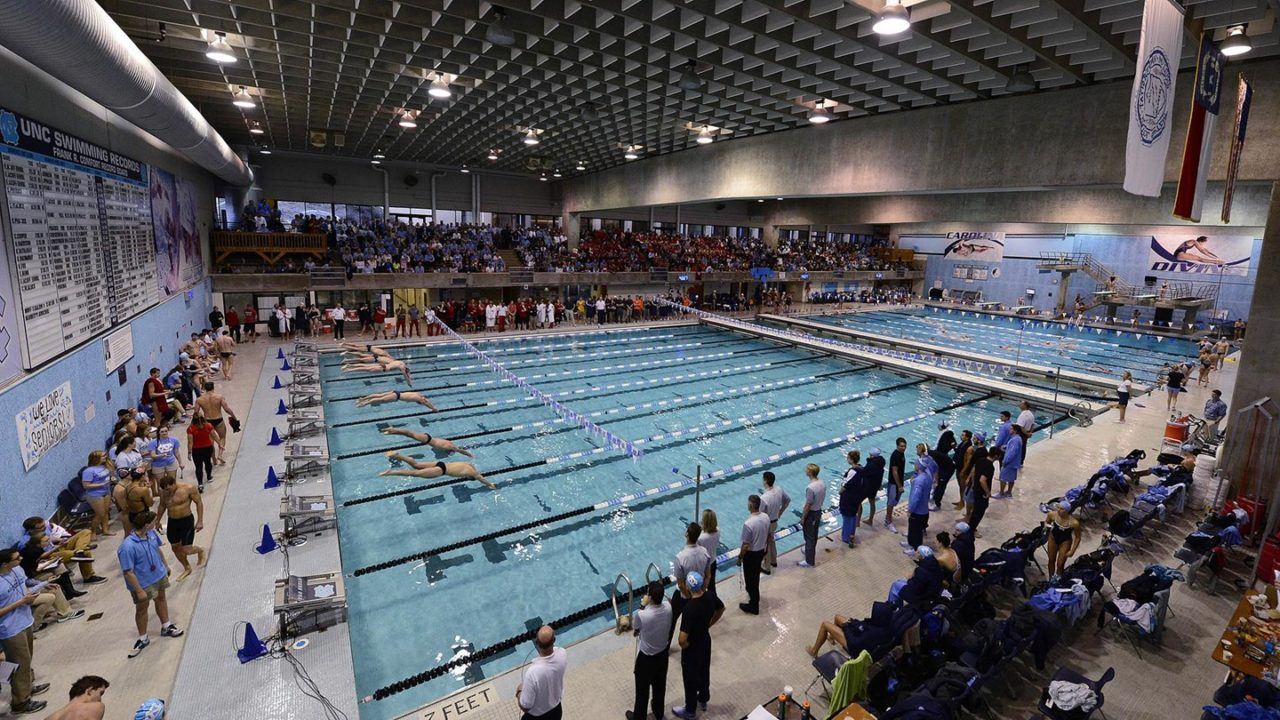 Back at home for the first time in 2019, the North Carolina swimming and diving programs host the Virginia Cavaliers in Koury Natatorium on Friday at 3 p.m. Current photo via North Carolina Athletics

CHAPEL HILL, N.C. — Back at home for the first time in 2019, the North Carolina swimming and diving programs host the Virginia Cavaliers in Koury Natatorium on Friday, Jan. 25 at 3 p.m.

“We’re excited Virginia is coming into town,” head coach Rich DeSelm said. “The UVA-UNC meet is always a big rivalry and if you can’t get excited for that, I don’t know what you can get excited for. They do have higher national rankings than we do, but we’re looking forward to showing what we can do. Hopefully we’ll match up where we can, we’ll race tough and we’ll get our hands on the wall. I’m excited to watching the diving so it should be an great afternoon.”

The meet against Virginia will be Carolina’s only week-day dual meet of the season. Though Virginia’s men’s team ranks 11th in the national and the Cavalier women 15th, a number of Tar Heels hope to hold their own against their ACC rivals. Taking on the reigning ACC Champions, five Tar Heel women enter Friday’s matchup with top-50 times in the nation. Freshmen Grace Countie and Sophie Lindner have wasted no time making a name for themselves during their first year at Carolina and senior Robyn Dryer continues to be a dependable performer in distance freestyle events. Juniors Brooke Bauer and Bryanna Cameron have also made major contributions to the team’s performances this season.

On the men’s side, sophomores Alvin Jiang and Valdas Abaliksta are back in action after an impressive showing at NC State in Raleigh, N.C. Both racked up individual wins against the four-time reigning ACC Champions and have been consistent performers during the 2018-19 season.

“Even though it’s Friday afternoon, I think a lot of parents and fans from both teams will be here so if any UNC fans can come out and support us that would be fantastic,” DeSelm said. “We want to standout. We want to find ways to get better and I’d like to see our team supporting and cheering each other on and responding to the energy in Koury.”

LAST TIME OUT
The North Carolina swimming and diving teams fell to the nationally-ranked NC State Wolfpack on Saturday, Jan. 19 with final scores of 101-193 on the men’s side and 97-197 on the women’s.

Four Tar Heels took home individual event titles and Carolina’s freestyle relays placed first to close out the competition. Sophomore Alvin Jiang swam 47.87 to beat out his NC State opponents for the win in the 100 fly and sophomore Valdas Abaliksta clocked 1:58.51 in the 200 breast for first place.

Freshman Thomas Bretzmann won the 500 freestyle for the Heels and on the women’s side, freshman Lilly Higgs captured the 200 breaststroke title with a time of 2:17.19.

HOW TO FOLLOW ALONG
The meet will be streamed live on the ACC Network Extra through ESPN3 and the WatchESPN app.

Fans can follow @uncswimdive on Twitter to receive information as results are made available. Live results will also be available online. A meet recap and results will be posted on GoHeels.com following the completion of competition.