Can It Swim: A Look at Some of the More Questionable DIII Mascots 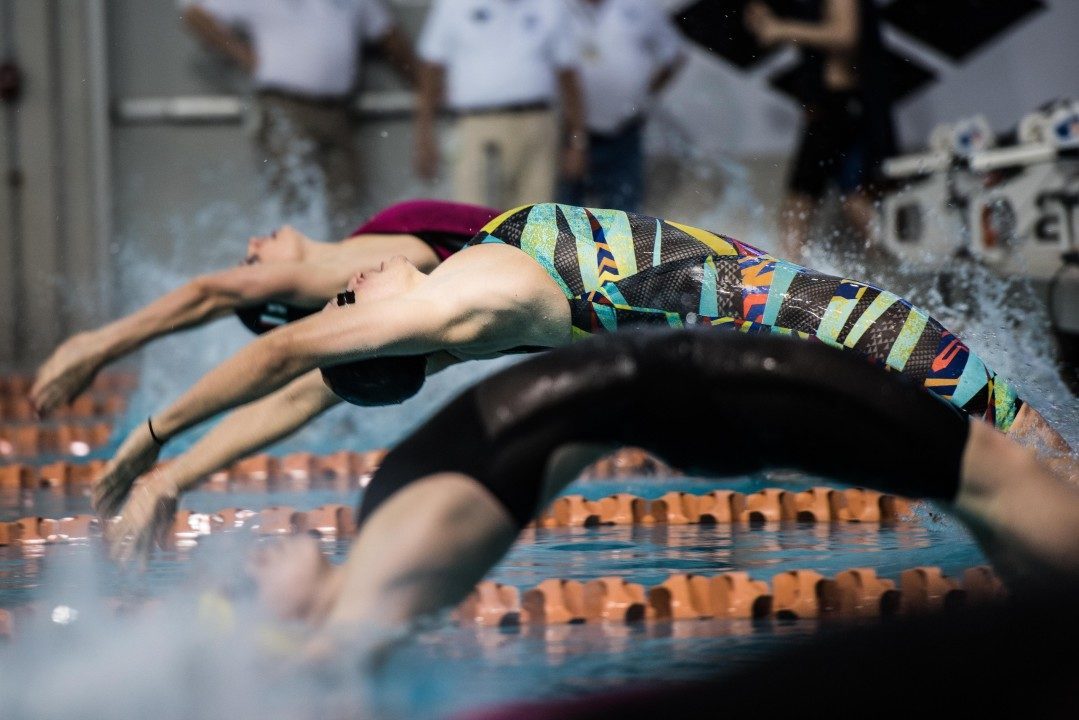 The 2015 NCAAs begins on Wednesday, so let's celebrate by taking a look at some of the mascots of the teams who will be there and asking... Can it swim? Current photo via Mike Lewis/Ola Vista Photography

For student athletes in general, picking a college is about more than just the name of the institution that gives you your degree. As an athlete, you’ve got to look at the big picture: will the team colors make you look good? Is there enough food in the cafeteria? How popular is your brand of athlete with the general student body?

Swimmers get to take it one step further and figure out the mascot that goes prancing around on the football field. For land sports, it may not matter, but for those of us with aquatic pride, there’s just one question: Can it swim?

The polar bear is an incredible critter, capable of swimming for hours at a time, and up to 62 miles without stopping. I think this one is clear.
Verdict? CAN GO THE DISTANCE

The Scottish Terrier sports stubby little legs, and a heavy body, perfectly suited to do what this dog was originally bred for: chasing badgers, foxes and vermin out of their burrows. They’re fond of water, but the heavy coat gets easily waterlogged and the short legs don’t generate enough push to paddle around.

Bald, Golden or some other version of the giant flying carnivores – these birds aren’t built for extended submersion. However, eagles tend to hunt critters that are built for the water – fish and such – and occasionally need to drag prey back to the shore after dunking themselves in pursuit.

Despite their ginormous size, elephants have quite good swimming capabilities. Their massive bulk on land floats well in the water and their trunks act as a sort of snorkel, allowing the animal to breathe freely even while mostly submerged.

Whether it’s a plain old brown bear or the huge-mongous subspecies of Kodiak, grizzlies spend enough time in and around water to be comfortable swimming, or simply catching salmon with an open mouth and two gigantic paws. They don’t, however, have the distance capabilities – or the size – of their white cousins up in the way north.

Verdict? CAN FINISH A RACE

Lions (or a Pride of lions) are cats, and cats – generally speaking – do not like the water. However, there’s a spot in Africa called the Okavango Delta where seasonal floods force these big cats to make crossings. Usually they hunt for the shallowest route, but if necessary can swim right across deeper water as well.

Colloquially known as English Pointers, this breed of dog was originally bred to stand there and point at game birds to set up hunters for the flush. Unlike retrievers, their primary job doesn’t have anything to do with bringing game back, so not all dogs of this breed are water-friendly, though they certainly aren’t physically incapable.

There’s a very special breed of camel that lives in coastal regions known as the Kharai. These critters are capable of swimming nearly two miles in the sea, but they’re the exception, not the rule. After all, how much swimming expertise does a desert creature need?

Is this one even a question? Everyone’s heard about the shining metal armor bit, I presume?

Are you kidding? Take one look at the petticoats required by a lady of station and tell me that she’d make it to the end of the pool. It’s – slightly – less restrictive for the guys, but if you’re rocking the garb, you’re not going anywhere, other than the bottom.

These guys have a shield as their athletic emblem, and if you think about it, a shield is a lot like a really shallow metal boat. And boats float. And if you give it a shove, a boat could go pretty fast in a given direction. So, it could probably make it to the other end of the pool.

Verdict? JUST DON’T ASK IT TO COME BACK

As noted sailors and fearsome warriors, these aren’t the guys you’d want to invite to your pre-meet slumber party. However, the Norsemen – and women – run into the same weight issue that plagued the knights: heavy armor isn’t conducive to staying afloat. Now if they were to misplace it before hitting the water, that might be a different story…

As a color, red in the water usually means trouble. Either a shark will be coming to get you shortly or the shoreline is under attack from Karenia brevis, a microscopic algae that blossoms by the bajillions and takes up miles of coastline. In small amounts, they’re part of the natural ecosystem of the ocean but high concentrations create large amounts of a toxin that paralyzes fish.

In general it might be hard to predict how a color could swim, but this one lends itself to understanding quite easily. Blue Wave doesn’t swim in a pool. It is the pool.

Don’t forget, DIII fans – the 2015 NCAA meet begins on Wednesday in Shenandoah, TX! Cheer on your favorite mascot – er…team – and we’ll find out if it really can swim!

The Bowdoin mascot is, of course, based on the (now) stuffed polar bear that Admirals Peary and MacMillan, brought back to the College after becoming the first people to reach the North Pole. It has been stuffed and currently sits outside of the basketball gymnasium

I laughed a lot. Nicely done with the camel research.

Wheaton College (IL) ‘s mascot is a Mastodon… at one point it was the largest mascot costume in all of the NCAA. Not sure if it still is. His name is Tor.