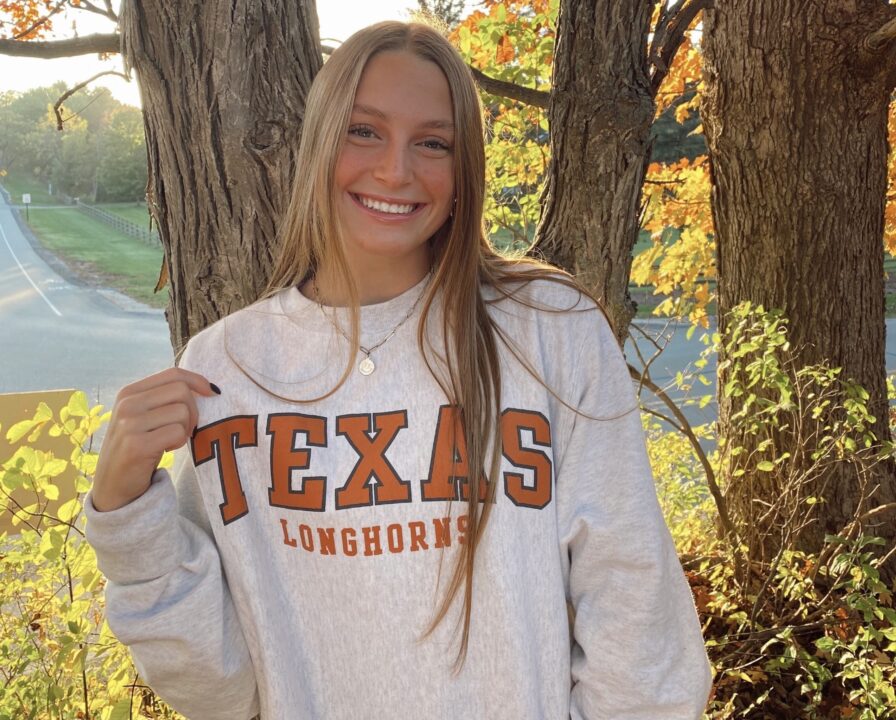 Fellow senior Peyton Drexler, a Mizzou recruit, came in second with a 2:01.94, while Arrowhead freshman Haley Johnson touched third in 2:03.67.

Stoll went on from the 200 IM to win the 100 fly, pulling away from the field to finish in 51.85. She was out quick, splitting 24.12 on the opening 50, then came home in 27.73, continuing to build her lead on the field. It was Brookfield Central sophomore Sophia Brueggeman who came in second by a wide margin, posting a 54.80. With Stoll graduating, Brueggeman is set up well for next year.

Arrowhead senior Hailey Tierney was another huge contributor to the team’s win, sweeping the spring free events. A Wisconsin recruit, Tierney kicked off her day with a 21.84 to win the 50 free. It was a massive swim for Tierney, who is now the top 50 freestyler in the high school class of 2023. You can read more about her breakout performances at the WIAA state meet here.

Brookfield East senior Lucy Thomas was right behind Tierney in the 50, touching second in 21.89. Both girls completely smashed the WIAA Record, which stood at 22.54 from Abby Wanezek at last year’s state meet.

Tierney went on to win the 100 free in 48.52, marking another personal best. With that performance, Tierney cracked the WIAA Record again. The previous record was held by Katie Drabot at 48.55 from 2015. Maggie Wanezek, a Brookfield East junior, touched in a close second, swimming a 48.82.

Lucy Thomas had a great performance in the 100 breast, winning the event in 58.89. Not only was that a huge swim for Thomas, she shattered her own WIAA Record from last year, which was held at 1:00.00. Thomas was out very fast, splitting 27.29 on the first 50 of the race.

Maggie Wanezek also broke the WIAA Record in the 100 back, swimming a 51.09. She touched four seconds ahead of the field, thanks in large part to an excellent opening 50 of 24.95, which earned her a huge lead. Wanezek held the previous WIAA Record at 51.59 from last year’s meet.

Brookfield East also won the 200 medley relay, where they clocked a 1:39.68 to finish first by nearly four seconds. Wanezek led the team off in 23.98, followed by Thomas in 26.60, opening up a massive lead on the rest of the field. Paris Fullerton split 25.27 on fly and Caroline Wanezek anchored the team in 23.83.

Waukesha South freshman Ella Antoniewski was a top performer at the meet as well. Antoniewski first won the 200 free, swimming a 1:48.07. She came back on the field to win, touching out Francesca Smith and Reese Tiltmann, both of whom finished in 1:48.25.

Germantown senior Kristina Wittmann won diving with a score of 461.80.

This was an incredibly fast state HS meet, don’t think we will see this level and depth of swimming in WI for a long time. Congratulations to everyone on the great swims, been a pleasure watching all of you swim for many many years.

23.9 is an awesome backstroke split, what’s the fastest for a high schooler?

Wanezek’s 100 back was also a public national high school record, no? Took down a 10 year old Smoliga record.

I think she was at an independent school, not a public school.