Cam Abaqueta, One of 2022’s Most Versatile Swimmers, Commits to Florida 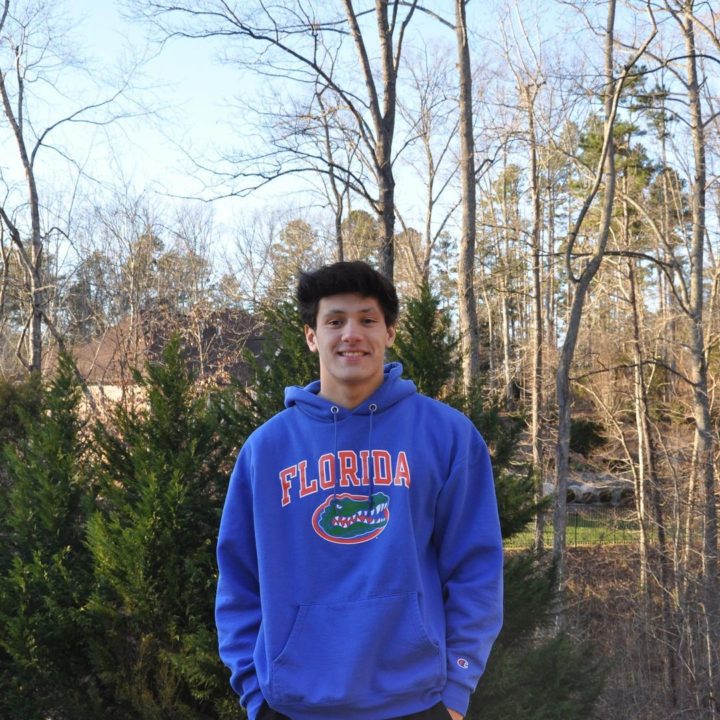 Rated as "Best of the Rest" in the backstrokes, Cam Abaqueta has emerged from the pandemic as arguably a better breaststroker than backstroker.

Cam Abaqueta, a high school junior from Davidson, North Carolina, has verbally committed to the Florida Gators. Abaqueta is scheduled to join the team in the fall of 2022.

The SwimMAC Carolina and Cannon School product is the two-time defending NCISAA Division I State Champion in North Carolina in the 100 back, adding a title in the 50 free last season as a sophomore as well.

Abaqueta was rated a “Best of the Rest” in our class of 2022 rankings this spring as a backstroker, but that might not even be his best event.

Over the last decade, only 6 swimmers have been as fast in all four 100 yard events as Abaqueta has. That list includes a who’s-who of big-name swimmers: University of Texas freshman and US National Teamer Carson Foster, NCAA Champion Andrew Seliskar, World Champion Michael Andrew, and highly-rated class of 2021 recruits Tim Connery and Luke Barr.

Abaqueta is one of the 50 best 100 breaststrokers at 17-or-younger over the last decade, and his 54.05 from the North Carolina site of the 18 & Under Winter Championships placed him 2nd there and ranked him 7th overall in the national lists from that event. Each of the 6 swimmers ahead of him are in the high school class of 2021. That swim, done in prelims, was a second-and-a-half improvement on his previous best time.

He doesn’t swim much of the 400 IM, tending to focus on shorter races rather than longer.

He joins a Florida men’s team that are the 8-time defending SEC Champions. Last year, that included the top 3 finishers in the conference in the men’s 400 IM (Kieran Smith, Grant Sanders, and Bobby Finke), plus the #5 and #8 200 IMers at the conference championship meet.

Traditionally, the Florida program has leaned into the 400 IM, which, as previously mentioned, is not a strength for Abaqueta. The better model for him at Florida, then, is junior Dillon Hillis, who was 8th at the SEC Championships in the 200 IM, tied for 15th in the 100 fly, and placed 3rd in the 100 breast last season as a sophomore.

The Florida women already have a hug class of 2022 committed, but for the men this is their 2nd announced recruit. Hillis joins the top sprinter in the class, Dawson Joyce, in August.

Now they just need to get Josh Zuchowski.

Over the last decade, only 6 have….