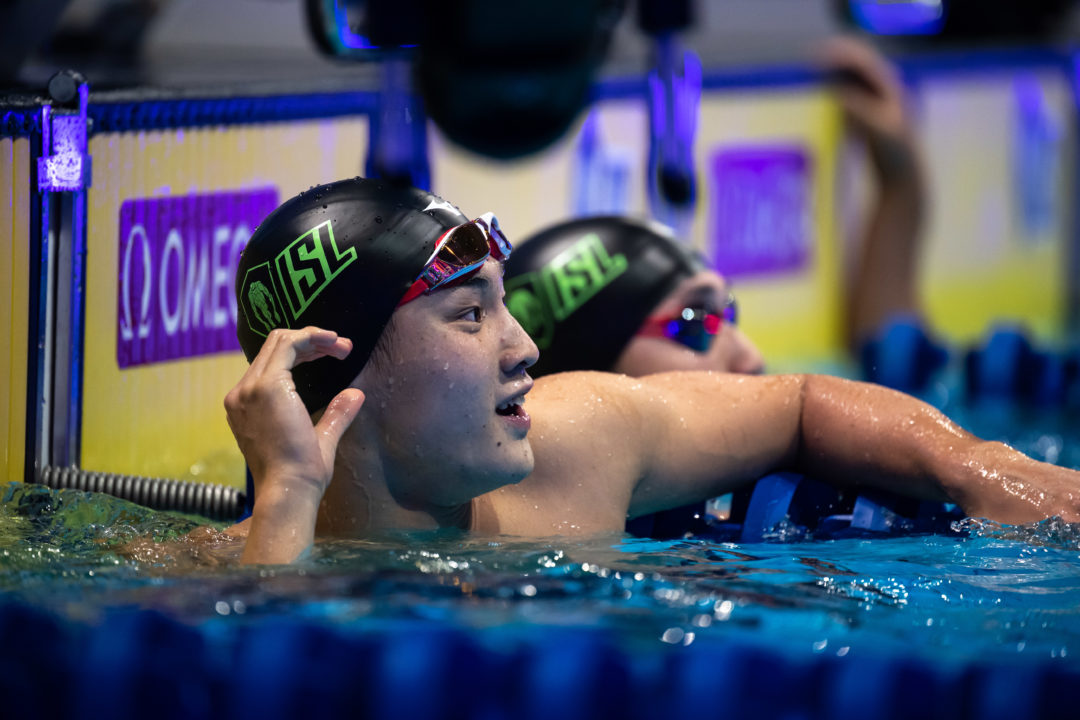 While competing on day 3 of the 2021 Kosuke Kitajima Cup, an annual competition known to render some eye-popping performances, Sato fired off a monster personal best of 2:06.78 to take the men’s 200m breast title.

The outing shaved .24 off of Sato’s previous lifetime best, which sat at the menacing 2:07.02 the teen already threw down this season at last October’s Japan Student Championships. That previous PB rendered Sato already among the best-ever as the 6th fastest performer all-time.

After capturing the top seed this morning in Tokyo with a solid heats swim of 2:08.25, Sato got to work in the final, splitting 1:01.18/1:05.60 to produce the 2:06.78 near-national record-breaking swim. Sato’s performance tonight falls just .11 outside of Ippei Watanabe‘s Japanese standard of 2:06.67, a time that once represented the World Record.

With his 2:06.78, Sato, who just turned 19 last November, now joins an exclusive club of sub-2:07 performers, with the only other members being as follows to comprise the top 5 performers all-time:

Sato also overtakes Kamminga, who put up his 2:06.85 just last month, as the top swimmer in the world this season. But what does it tell us about the massive talent in this event that the top 2 swimmers at this point in pre-Olympic time are both 2:06? For extra reading, take a look at our analysis of the men’s 200m breaststroke over the last decade here.

The all-time top 5 performers are all active and vying for Olympic glory, which means we’re bound to see a potentially history-making set of prelims/semifinals/finals come this summer’s Olympic Games.

Before that, however, it very well may take a near-World Record to even make it onto the Japanese squad in this event, with Sato, Watanabe, Yasuhiro Koseki and others fighting for the two open Olympic roster spots up for the taking at April’s Japan Swim.

Damn they are stacked

For me the 200BS stands out in terms of time progression and depth. When Kitajima broke his first world record in the event in 2002 his time was 2.09.97which would get you nowhere today. Back then the world record in the 200FS was 1.44.06 and it would still be super competitive today. It’s not unthinkable that at the next Olympics someone could go 2.07 and still fail to make the final.

The depth in this event is insane. Top 5 performers all 2:06s and have gone 2:06 at least once since 2019, and at least 2 of them won’t even medal. And then you have swimmers like Stubbelty-Cook, Prigoda, Koch, McKee(?), etc. which I could see one/two of them improving to 2:06 with a full taper, and Andrew Wilson, Balandin and Persson were also finalists last year. Insane race to medal and also great race to final, whenever the next major international competition is.

It’s a shame Japan can’t send 3 swimmers in this event, and I say that as an American.

I fear for U.S. men’s breaststroke on the world’s stage. But this is amazing for the sport! Congrats!

Will the Americans even final?? Our guys can pop off 2:08s consistently, but are not at this elite level. Someone needs to push the pace among U.S. men.