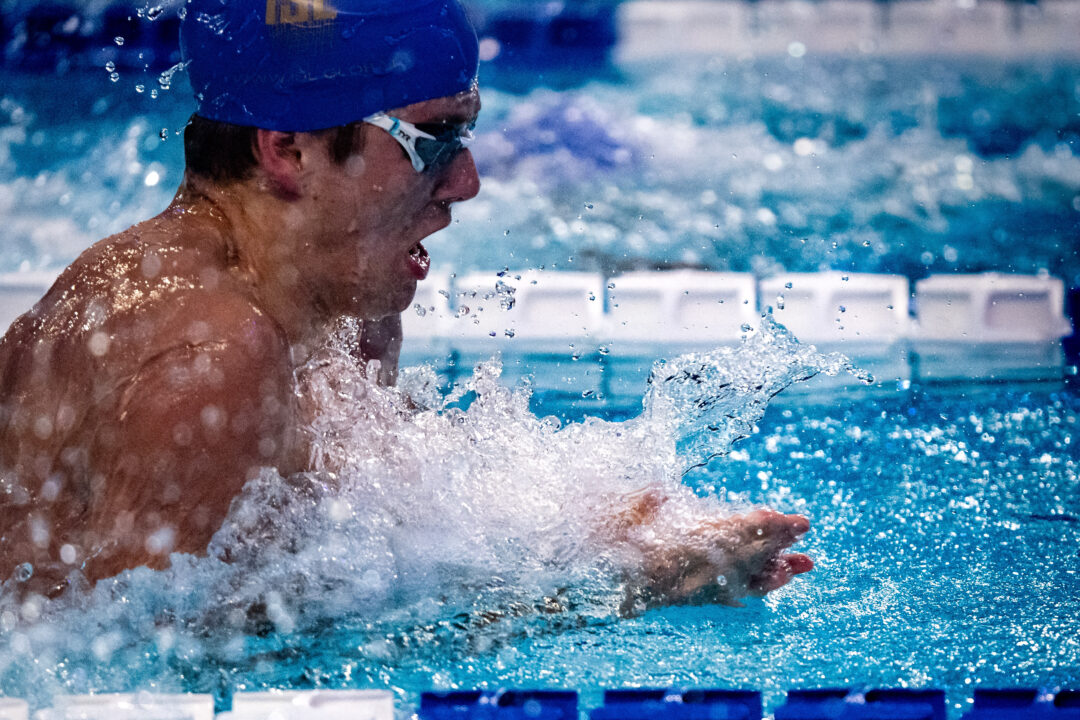 Yet another record bit the dust on day one of the International Swimming League (ISL) season 3 finale, this one of the American record variety.

Representing the Cali Condors in Eindhoven, the men’s medley relay foursome of Coleman Stewart, Nic Fink, Caeleb Dressel and Justin Ress pumped out a time of 3:19.64.

Stewart fired off an opening split of 49.62 before Fink took over with a super quick 55.21 breaststroke split. Dressel’s 49.01 fly leg kept the squad in the lead before Ress’ anchor of 45.80 sealed the deal.

I think that Condors could have gone about 3 seconds faster if ALL 4 were at their best today.

two of the guys are at their best…

If ALL 4 were. Stewart and Dressel were both over a second off their best times.

The same could be said about quiet a few relays. It’s rare for everyone to be at their best on a relay.