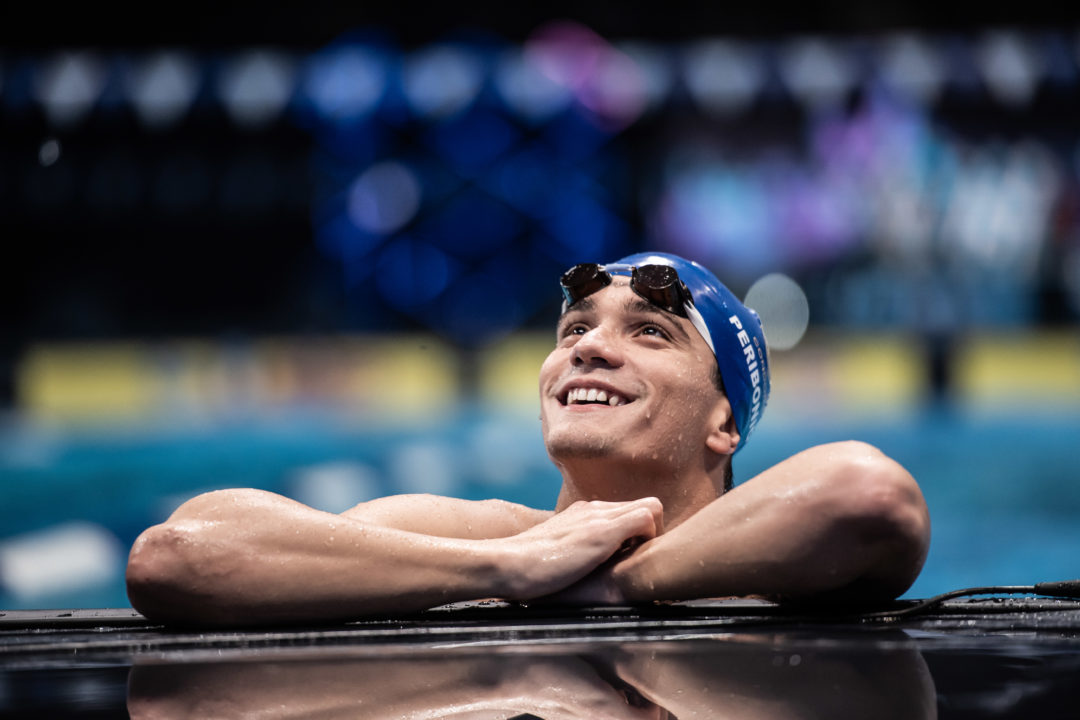 The additions of Peribonio, Pietruschka, and Sorokina bring Cali Condors' roster up to 33 swimmers for the 2021 ISL season. Archive photo via Mike Lewis/Ola Vista Photography

In addition to Katerine Savard‘s recent addition to the Cali Condors International Swimming League roster which we reported here, the team announced another 3 members of their 2021 squad in Tom Peribonio, Marie Pietruschka, and Anastasiia Sorokina.

Ecuador’s Tomas Peribonio will be making his return to the team after his 2020 debut for the Condors. During the first season of the league, he raced for the New York Breakers. Peribonio only scored points at 2 meets for the Condors during season 2 and finished 276th overall in the league MVP standings with 9 points.

While Peribonio will be racing in his third ISL season this year, both Marie Pietruschka and Anastasia Sorokina will make their ISL debuts in 2021. Pietruschka swims for Germany internationally and represented the nation at both the 2018 European Championships and the 2019 World Championships as a member of the 4×200 freestyle relay. She helped her team to a bronze medal finish back in 2018 and then took 7th place in 2019.

Pietruschka seems to be primarily a freestyler but will also be able to contribute some solid IM for the Condors.

Sorokina will also be swimming in her first ISL season this year and will be a solid IM pickup for the Condors. The Russian junior is fresh off a solid performance at the 2021 European Swimming Championships where she delivered a silver medal performance in the women’s 200 IM in a 2:13.84 and a bronze medal in the 400 IM with a 4:45.58. Sorokina will also likely delve into the 100 IM for Cali and holds a PB of 59.98 in the event from back in 2018. Considering her recent 200 and 400 IM performances she will likely be able to get that time down a bit as she hasn’t swum the event since November 2019.

The addition of Savard, Peribonia, Pietruschka, and Sorokina bring the Cali Condors up to 6 post-draft signees, following Kathrin Demler and Angel Martinez. The Condors are thus far the only team to announce any additions to the team since the draft occurred and now have. a33-strong roster.

Condors have not done well i this open draft imo. None of these bring anything the team needs.