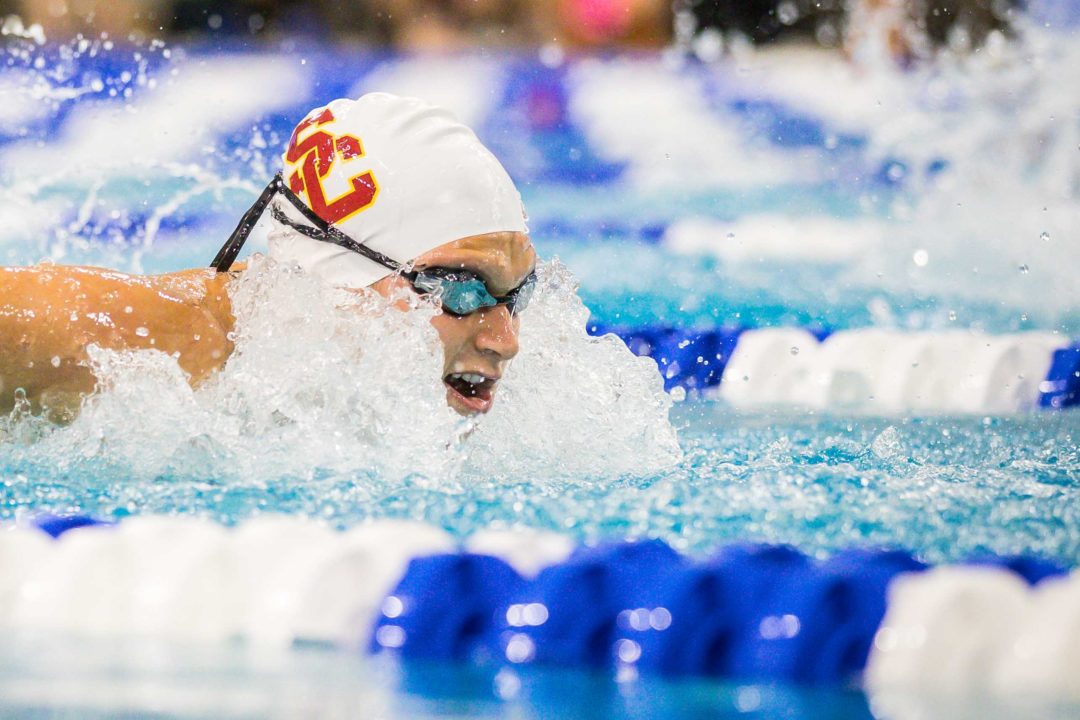 Caitlin Tycz will transer to Yale after spending two seasons as a USC Trojan. Current photo via Jack Spitser/Spitser Photography

Rising junior Caitlin Tycz has decided to return to her New England roots, Yale announced today. Tycz, a native of Maine, spent the first two seasons of her college career swimming for the USC Trojans, but will return to the East Coast for good this summer, and will join the Yale Bulldogs for the 2019-2020 season.

Tycz had been a solid contributor for the Trojans, but she will be an immediate force for the Bulldogs at the Ivy League level. She qualified for the NCAA championships both her freshman and sophomores years, although she didn’t score any individual points either year. She had a big impact at the conference level, however, scoring 46 points at Pac-12s this year with a 7th place finish in the 100 fly (52.47) and a 9th place finish in the 200 fly (1:55.59).

Tycz projects to put up some big conference points for Yale. Her 100 and 200 fly times from Pac-12 finals would’ve won both events at the Ivy League championships. Not only that, but her personal best time of 1:54.89 in the 200 fly is almost half a second faster than the Ivy League record of 1:55.35.

She also split 23.48 on the fly leg of the Trojans’ C 200 medley relay relay, and she should immediately slot into all of Yale’s relays, except maybe the 800 free. Another boon for the Bulldogs — her best time of 22.86 would’ve finished 4th at the Ivy League Championships last year, meaning she projects to make the A-final in all three individual events.

This is the 2nd big West Coast to Yale transfer this season. Over the winter, Cal swimmer Alex Sumner announced that she too planned to head to Yale for the 2019-2020 season.

Yale finished 2nd at the Ivy League Championships last season, 109.5 points behind Harvard, and Tycz and Sumner could help close that gap considerably. The Bulldog women last won the conference title in 2017, and have won a total of six times.

NC State and Indiana will NOT take this news lying down….

What does that mean?