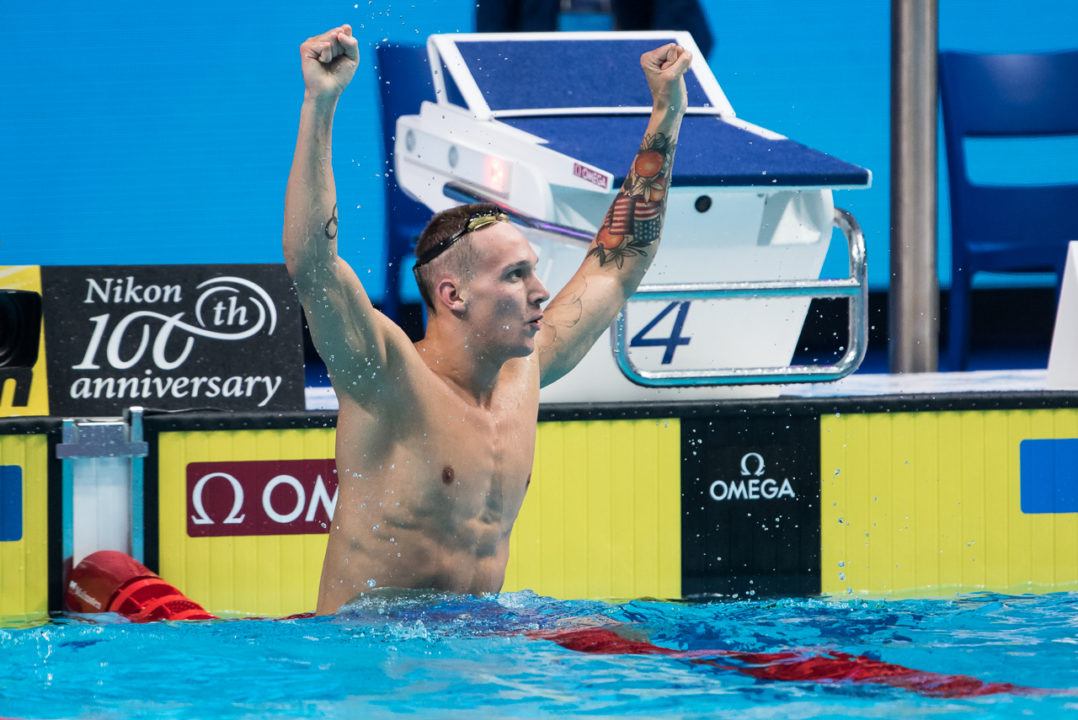 Read how 25-year-old Zac Incerti added his name to the tentative qualification roster for the 2022 FINA World Aquatics Championships.

This summer, Dressel joined Michael Phelps as the only swimmers to win seven titles at a single FINA World Championships. He won individual gold in the 50-meter freestyle, 100m freestyle and 100m butterfly to become the first American male since Ryan Lochte in 2011 to claim at least three individual titles at the same world championships. He also set American records in the 50m free, 100m free and 50m fly. On June 29, Dressel became the first swimmer in history to win three world titles in a single day with gold in the 50m free, 100m butterfly and mixed 400m free relay. He also won gold in the 400m medley relay, 400m free relay and mixed 400m medley relay in Budapest.

Also among the awards presented in Dallas was the Phillips 66 Performance of the Year Award, which went to Lilly King (Evansville, Ind./Indiana University) for her world-record and gold-medal performance in the women’s 100m breaststroke at the 2017 FINA World Championships. In a highly anticipated final, King jumped out to a quick lead off the blocks, led by more than half a second at the turn and held off the field over the final 50 meters to touch in a world-record time of 1:04.13.

The 2017 USA Swimming Award was presented to Chuck Wielgus, the late executive director of USA Swimming, who passed away on April 23 of complications from colon cancer. From the start of his tenure in July 1997, Wielgus led USA Swimming to new heights and notable achievements in several key areas. Well-known for his core objectives of “Build, Promote, Achieve,” Wielgus served as executive director of the National Governing Body for nearly 20 years.

In the year before Wielgus arrived, USA Swimming had fewer than 200,000 members and during his tenure membership growth has doubled to more than 400,000 members. Along the same lines, revenues increased by 600 percent, including an expansion of corporate partners to approximately 15 annually. Wielgus’ vision to promote swimming to wider audiences resulted in securing annual year-round network television coverage of championship swimming events, and he was instrumental to growing the U.S. Olympic Team Trials – Swimming into a major showcase event in a 17,000-seat entertainment venue. The 2016 Olympic Trials was completely sold out with more than 200,000 tickets for 15 sessions at the CenturyLink Center in Omaha. During Wielgus’ tenure, there were 156 podium performances by the U.S. Olympic Swim Team in five Olympic Games, including 33 medals (16 gold) at the 2016 Olympic Games in Rio de Janeiro.

The members of the U.S. roster for the World University Games – Taylor Abbott (Cedar Park, Texas/University of Tennessee), Katy Campbell (Federal Way, Wash./Team Santa Monica), David Herron (Mission Viejo, Calif./University of Tennessee) and Becca Mann (Homer Glen, Ill./Trojan Swim Club) – were awarded the Open Water Excellence Award, given to the individuals making the greatest contribution to open water swimming for the year. This quartet opted not to compete on race day due to high water and air temperatures in Taipei.

On the coaching front, Ron Aitken of Sandpipers of Nevada claimed USA Swimming Developmental Coach of the Year honors.

Developmental Coach of the Year: Ron Aitken (Sandpipers of Nevada)

Maybe we’ll remember 2017 as the year that Caeleb Dressel went from Good to Great.

He has the WRs in several events within his sights. It will a thrill to see him set a WR – it’s only a matter of which one falls first.

My prediction it will be the 100 butterfly.

He also became only the third person ever to swim the 100m butterfly in less than 50 seconds, and the first ever in a textile suit.