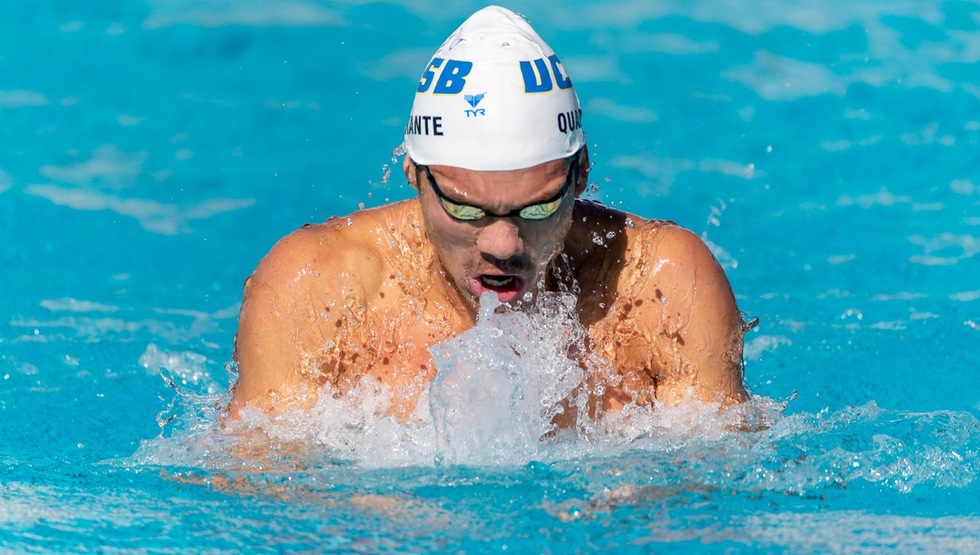 BRYNN SPROUL OF BYU
MPSF/TYR FEMALE ATHLETE OF THE WEEK

MARCELLO QUARANTE OF UCSB
MPSF/TYR MALE ATHLETE OF THE WEEK

UC Santa Barbara senior Marcello Quarante (Scottsdale, AZ) helped keep the Gauchos undefeated on the year in a team dual   win at Pacific (Jan. 17). He was an individual double-event winner in the 100 breast (56.79) and 200 breast (2:01.87), and recorded the fastest split in the meet (25.95 breast) for the second-place 200 medley relay. Quarante earns his first career MPSF weekly award.
Others Nominated: Tyler Edlefsen (BYU)…