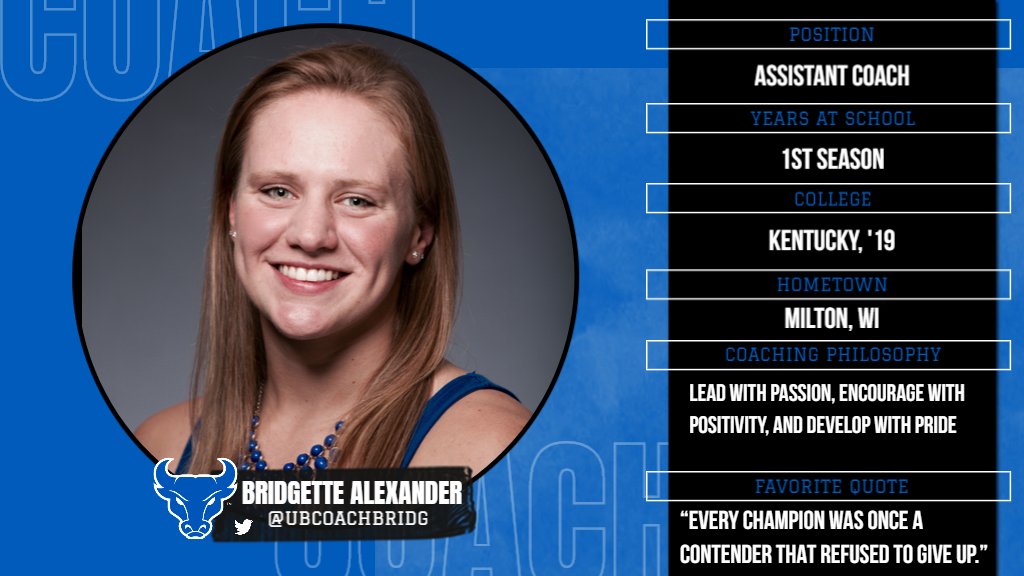 The University of Buffalo, an NCAA Division I program in Buffalo, New York, has announced the hiring of Bridgette Alexander as the program’s new assistant swimming coach.

Alexander comes to the program from Kentucky. A 4-time All-American for the Wildcats, Alexander was training as a pro until last December, when she announced her retirement to pursue a career in college coaching. At the time, she was a volunteer assistant at Kentucky.

Since 2017, when the school dropped its men’s program, Buffalo has only sponsored a women’s swimming and diving program. Last season, that team finished 2nd out of 8 teams at the MAC Championship meet, just 73 points behind the champions Akron.

While terms of Alexander’s deal were not announced, Biasello’s annual salary was $42,651 according to public records.

Congrats Bridgette. So proud of you and excited for you!