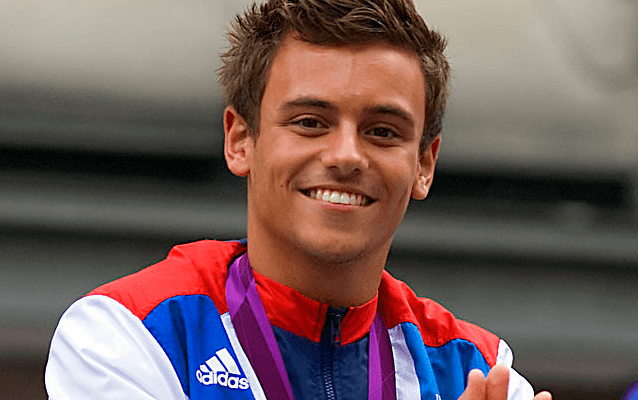 The Germans left it until the final round to deny Daley and Goodfellow gold in a thrilling 10m Synchro Final, with Daley landing a second medal in as many nights having wonMixed 3m Synchro gold with Grace Reid on day three in London.

Meanwhile, Laugher’s silver in the 3m Springboard ensured the hosts took their diving medal tally to four, doubling their previous best at a European Championship.

The men’s 10m Synchro Final lived up to its billing as a must-see event, with four of the eight pairs involved set to compete at this summer’s Rio 2016 Olympics.

And while Daley and Goodfellow had the packed London Aquatics Centre crowd on their feet, leading from the first dive, 2013 world champions Hausding and Klein were closing the gap with each round.

An effort of 88.56 in the final round was enough for the Germans to reverse the placings as they finished on 445.26 with Daley and Goodfellow taking silver on 444.30 and Ukraine’s Oleksandr Gorshkovozov and Maksym Dolgov repeating their 2015 result with bronze on 429.75.

“I think we’ve got lots of positives to take from tonight’s performance,” said Daley. “We wanted the medal and it was really close but we’re happy.

“It was the highest score we’ve ever got on our first two dives and we were only two points off our personal best despite dropping two of our dives.”

Goodfellow added: “Our partnership is really good. We came together for our first performance at the National Cup at the beginning of the year and our scores have continued to increase each time we compete.

“There’s room for improvement but the partnership is strong.”

Laugher has had a couple of near misses at European level in the past, finishing sixth on the 3m Springboard in 2012 and fifth in both the 3m and 3m Synchro in Berlin two years later.

But having won World Championship bronze in Kazan last year, there seemed little doubt he would break his duck and reach his first European podium in London, the only question being what colour medal he would walk away with.

And while Olympic champion Ilia Zakharov finished second to Laugher in the prelims, it was his Russian teammate Evgenii Kuznetsov who would deny the Brit a golden homecoming in the final.

Kuznetsov is a two-time World Championship medallist himself on the 3m Springboard, and underlined his potential for an Olympic medal this summer by scoring 497.90 to clinch his first major individual title.

While Laugher didn’t reach the heights of his 495.05 from the prelims, the 21-year old showed his class with scores in the 90s for his second and fourth efforts, ultimately finishing on 473.60.

And while a dropped dive in the third round put paid to Laugher’s title chances, the Brit insisted he would take confidence from his medal into the rest of the Olympic season.

“I’ve had a positive season so far and that medal will help my confidence,” said Laugher. “I’ve got things I know I can work on to be ready for the Olympic trials in June and the beyond.

“I feel like I came out really strong tonight. My first two dives were amazing and I felt strong.

“I still finished with an okay score and there were some good things in there but there’s a little bit of a disappointment that a slight mishap affected my finishing position.

“It’s definitely been a lesson for me in having to claw my way back into the medals but coming away with the silver is great.”

Ukraine’s Illya Kvasha won the battle for bronze, scoring 463.86 to land his second medal of the competition, having won gold from the 1m Springboard on the day two in London.