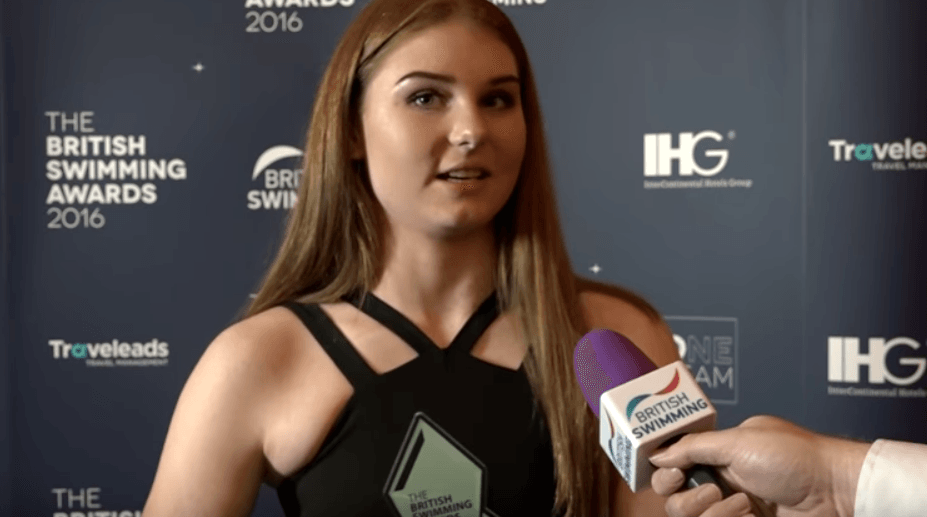 British swimmer Freya Anderson is in the running for Young Sportswoman honors as part of Britain's The Sunday Times Sportswomen of the Year Awards.

British swimmer Freya Anderson is in the running for Young Sportswoman honors as part of Britain’s The Sunday Times Sportswomen of the Year Awards. The awards are aimed at recognizing achievements of women in sport throughout the year, with the winners set to be announced on Thursday, October 26th at a ceremony in London.

16-year-old Anderson, who swims for the Ellesmere Titans, represented Great Britain at both the Senior and Junior World Championships over this past summer after winning her very first British national title in the 100m freestyle. In Budapest. Anderson raced her way to the semi-final of the 100m freestyle, while she claimed the World Junior title in the same event in Indianapolis.

Anderson was recognized by British Swimming in 2016 as its ‘Emerging Athlete of the Year’ and the teen sprinter was recently named to Team England’s roster headed to the Gold Coast, Australia next year for the 2018 Commonwealth Games.