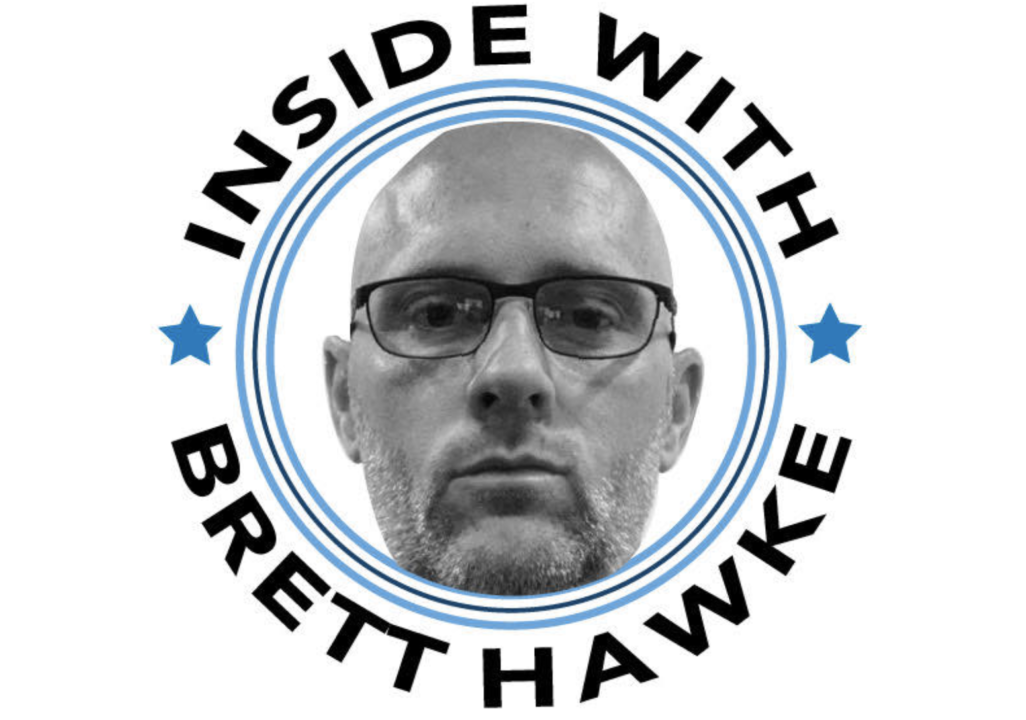 Take an intimate look inside the minds of swimming's highest achievers with the new Brett Hawke Podcast with Swimnerd... Current photo via swimnerd

Last month when Brett Hawke slid into my Instagram’s I knew this was the moment I had been waiting for.

He said, “Dude don’t you think we should start a podcast together in 2020?”
I quickly replied back, “Yes”
Exactly 1 month later we released the very first episode of…

INSIDE WITH BRETT HAWKE

The conversations that you will hear are unprepared and unedited. As Brett wrote in his podcast description:

Four episodes are already out and ready to be heard:

Do Olympic swimmers feel fear and doubt like the rest of us? Jack Roach has spent over 35 years coaching swimmers of all levels including a robust lineup of world class athletes and Olympians. In today’s episode, he talks to me about life lessons, his growth as a coach and insights gained from observing and working with high performance swimmers. Listen in to find out just what it is that sets high level performers apart from the rest.

“If something you’re telling yourself going into a high-pressure challenge is not true it will be exposed and it will negatively impact your performance. It is never about the doing, it’s always about the being… when we prepare to adjust that’s where we get found and that’s what those folks can do.” – Jack Roach [30:52]

Sergio Lopez has played a pivotal role in the training success of countless professional swimmers — many of which have gone on to compete in the Olympics including Joseph Schooling, Ryan Murphy, and Santo Condorelli.

On the podcast, he shares the motivations behind his coaching methods and how he is helping his student athletes to find themselves. He dives into the importance of teaching and talking about depression in sports and shares how his values have shaped him as a husband, father and coach. Find out what he has experienced in working with some of the world’s best swimmers and hear his amazing story of how he bounced back from a major injury to place 9th in the world.

How did Annie Lazor go from being a good swimmer in unofficial retirement to becoming an Olympic gold hopeful in the span of 15 months?

Annie shares what brought her back to the water and how she worked to get herself back in the physical and mental shape needed to become a Short Course World Champion. Hear what she’s learned from working with breaststroke champion Lilly King and her insights on the work ethic and mental outlook needed to make her comeback worthwhile.

Dylan Carter is preparing to become an Olympian for the second time. In the midst of preparing to compete — he set aside a few moments to sit down and talk training, life and fitness outside the pool and some of what has led him to becoming one of Trinidad and Tobago’s most accomplished swimmers.

Listen in to hear about his first Olympic experience, his role as an inaugural member of the International Swimming League’s L.A Current and why having the right mindset is just as important as physical training when it comes to the Olympics.

“I want to inspire a generation, like I was [inspired]. I look at swimming in the Caribbean and I think of these kids. I think these kids deserve to have someone to look up to.” – Dylan Carter [03:27]

Inside with Brett Hawke is presented by Fitter & Faster. Host a swim camp. More than 1,000 swim clinic sessions in 46 States plus Canada & the Bahamas in 2019.

Inside with Brett Hawke is produced and promoted Swimnerd. Connect your phone to your pace clock with the Swimnerd Pace Clock. Digital, affordable, and Bluetooth programmable from your smartphone.