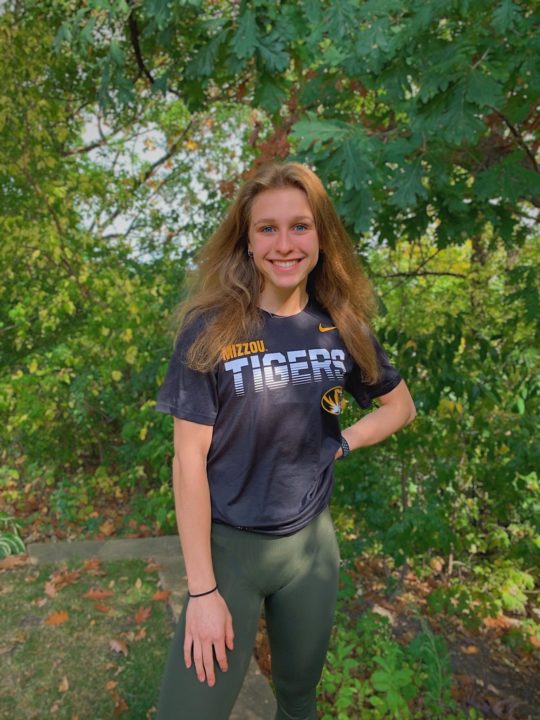 Aquajets Swim Team’s Brecken Merkel is headed to Mizzou next fall, joining their class of 2025. She’s a senior at Edina High School in the Twin Cities area.

Merkel was initially committed to Iowa but has de-committed after Iowa announced it would be cutting the swim program.

“I am extremely happy to announce my verbal commitment to continue my academic and swimming career at the University of Missouri. A huge thank you to everyone that has helped me through these uncertain times! Go Tigers!”

Merkel was a double A-finalist at the 2019 Minnesota AA HS State Championships, placing third in the 200 IM (2:04.26) and sixth in the 100 fly (56.19). She also led off both of Edina High School’s free relays at that meet, which both finished runner-up. Last summer, Merkel reached the 200m fly A-final at the 2019 NCSA Summer Championships, placing seventh in 2:16.44 after going a lifetime best 2:16.15 in prelims to come within two seconds from the Olympic Trials cut.

Last fall, Merkel switched clubs from Edina Swim Club to the Aquajets; she’s raced a few meets this summer post-quarantine and went a lifetime best 2:23.77 in the 200 breast in August.