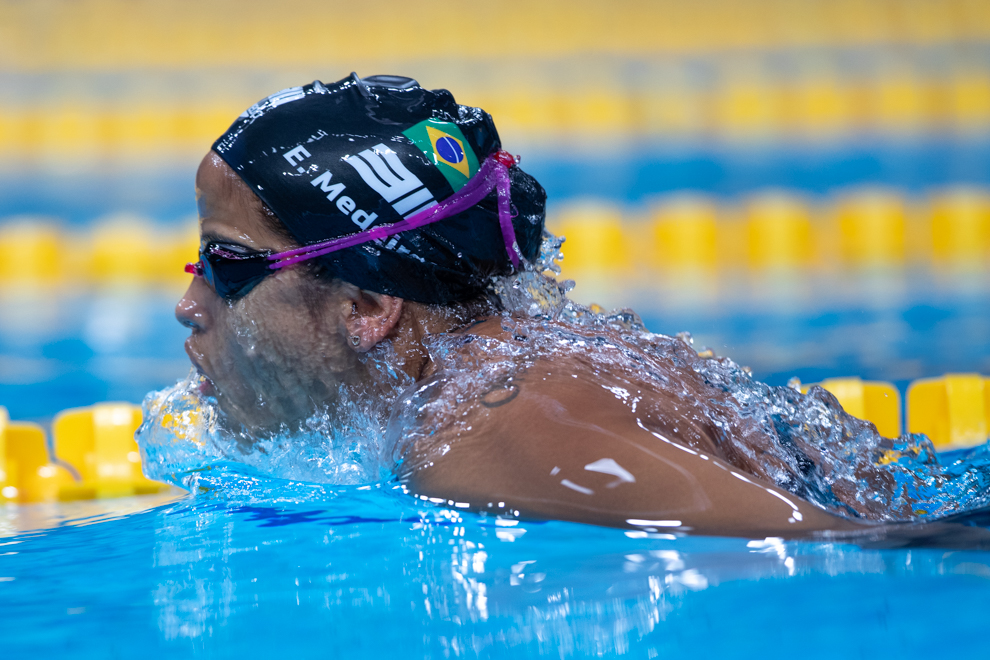 With zero Olympic relay spots locked up, the Brazilian women will now have the opportunity to put up qualifying times at the nation's Olympic Trials in April. Archive photo via “Rafael/Domeyko Photography”

Brazilian teenager Guilherme Caribé is next-up in the long line of great Brazilian male sprinters, having broken a championship record this weekend at the South American Youth Championships

The Brazilian aquatic sports federation (CBDA) re-released its qualifying procedure for the 2021 Olympic Games on Feb. 1,  with the selection criteria mirroring the one that was in place for the 2020 Games prior to the postponement.

The one specific difference is that the CBDA will allow the women’s relays to race time trials at the Olympic selection event in order to try and solidify Tokyo qualification. The mixed medley relay, a new Olympic event in which Brazil opted not to compete in at the 2019 World Championships, will likely also contest a time trial.

According to the CBDA, this was not previously part of the nation’s Olympic qualifying criteria.

As it stands, the women’s 400 free relay sits in the second wildcard spot for Tokyo, and the mixed relay holds down the fourth and final wildcard position (from a time done at the 2019 Pan Ams). Both the 800 free and 400 medley relays are currently on the outside looking in. The top 12 finishers at the 2019 World Championships automatically qualify in each relay, with the next four-fastest countries from March 1, 2019 to May 31, 2021 also receiving an entry.

In 2016, the Brazilian women qualified in the 400 and 800 free relays by virtue of their finish at the 2015 World Championships, and also earned a wildcard berth in the 400 medley relay, ultimately placing 11th, 11th and 13th, respectively, at the Olympic Games.

The Brazilian men have locked up a spot in all three relays.

The rest of the qualifying process is fairly straightforward. The top two finishers in each individual event will qualify for the Games, provided they’re under the FINA ‘A’ cut, and the top four in both the men’s 100 and 200 freestyle will earn a berth on the team. If the fifth-place swimmer is under the ‘A’ cut, he’ll be added as a relay-only athlete.

The top-four finishers in the women’s 100 and 200 free will race the relay time trials and qualify for the Olympic team provided that the relays do.

The switch to a single-meet Olympic Trials is a change from what Brazil has done in recent Olympic years. In 2016, the nation held two selection meets, with both prelims and finals times counting towards qualification, and in 2012, there was a seven-meet qualification system.

The Olympic Trials are scheduled for April 19-24 in Rio de Janeiro at the Maria Lenk Aquatics Center, which was also the host of the 2016 Olympic Games.