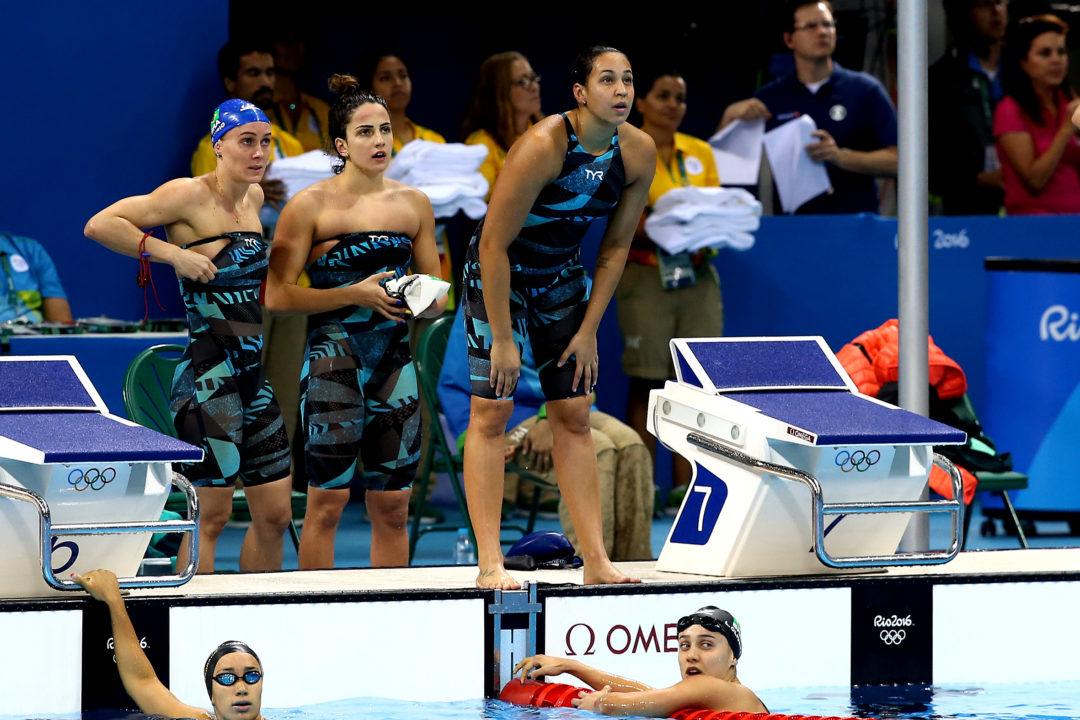 The Brazilian women's 800 free relay has broken its own South American Record on Wednesday by half-a-second. Archive photo via Satiro Sodre/SS Press

The Brazilian women made history in Wednesday morning’s preliminary session at the 2016 Olympic Games by breaking the South American Record.

While the team was unable to make a final in front of their home crowd, they did finish 11th in 7:55.68. That took more than half-a-second from the record-setting swim done at last year’s Pan American Games.

Brazil did a complete reorder, and switched one leg, from the 7:56.36 that set the record last year.

The swap wound up not being a fortuitous one for the Brazilians. While the veteran 29-year old Maranhao is one of the best female swimmers in her generation for Brazil (she holds National Records in the 200 back, 200 fly, and 200 IM), her split was seven-tenths of a second slower than that of Gabrielle Roncatto at last year’s Pan Am Games.

Her teammates, however, more-than-made up for her, as Lyrio improved her swim by half-a-second and Oliveira dropped by almost a full second.

The time, while domestically-significant, was still not enough for a paradigm-shifting berth in the finals – they were two seconds behind Sweden for the 8th-and-final spot in the top 8.

Was it not Roncatto swimming this morning? Don’t know about Pan Ams though.