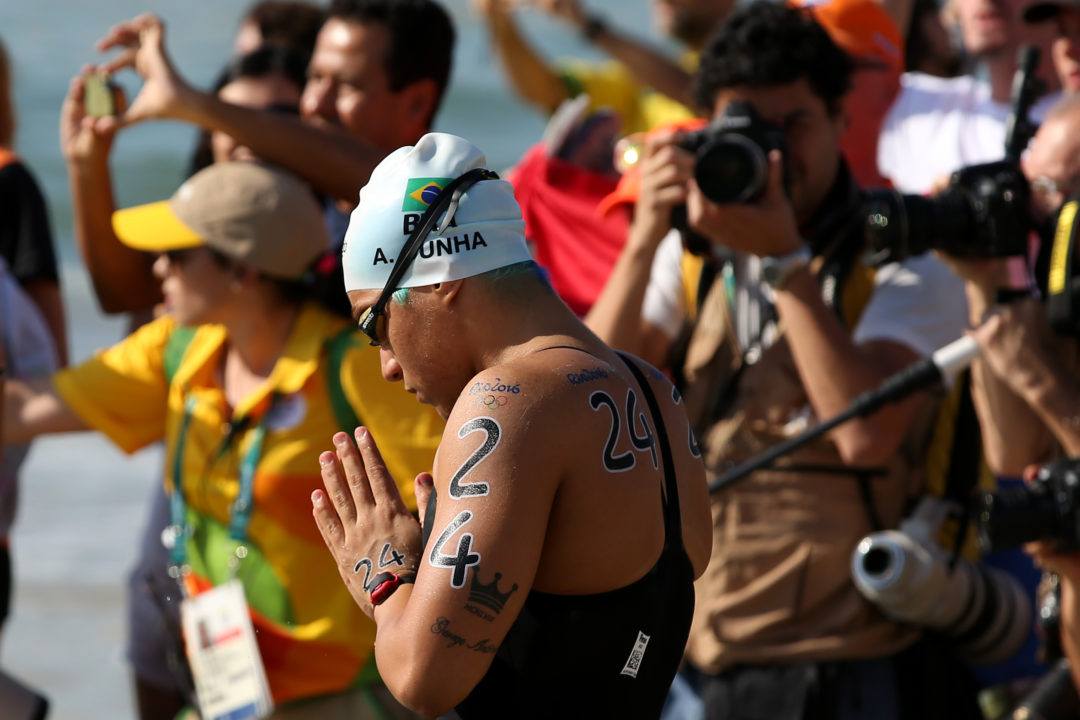 Brazilian Olympic open water swimmer Ana Marcela Cunha will be forced to take time out of her training schedule at the... Current photo via Satiro Sodre/SS Press

Brazilian Olympic open water swimmer Ana Marcela Cunha will be forced to take time out of her training schedule at the end of this year to undergo surgery to remove her spleen.

Cunha was diagnosed with an auto-immune condition that affects the production of platelets in early 2016 after a race in Salvador. With the 2016 Summer Olympics quickly approaching after her diagnosis, she opted to begin taking preventive drugs on a daily basis. Doctor Audrey Zeinad aided Cunha in this process, with the goal to have her condition interfere as little as possible with her training for the upcoming Olympic Games. Despite being the favorite to take gold in Rio, the Brazilian finished in tenth place. She later blamed her under-performance on missing in-race nutrition.

In order to prevent the disease from worsening and to ensure she can compete in future competitions, Cunha will undergo surgery at the end of this year to remove her spleen. The operation will keep her out of training for up to 45 days– despite this drawback, it is her best option as it will prevent her from suffering further complications or needing daily medication.