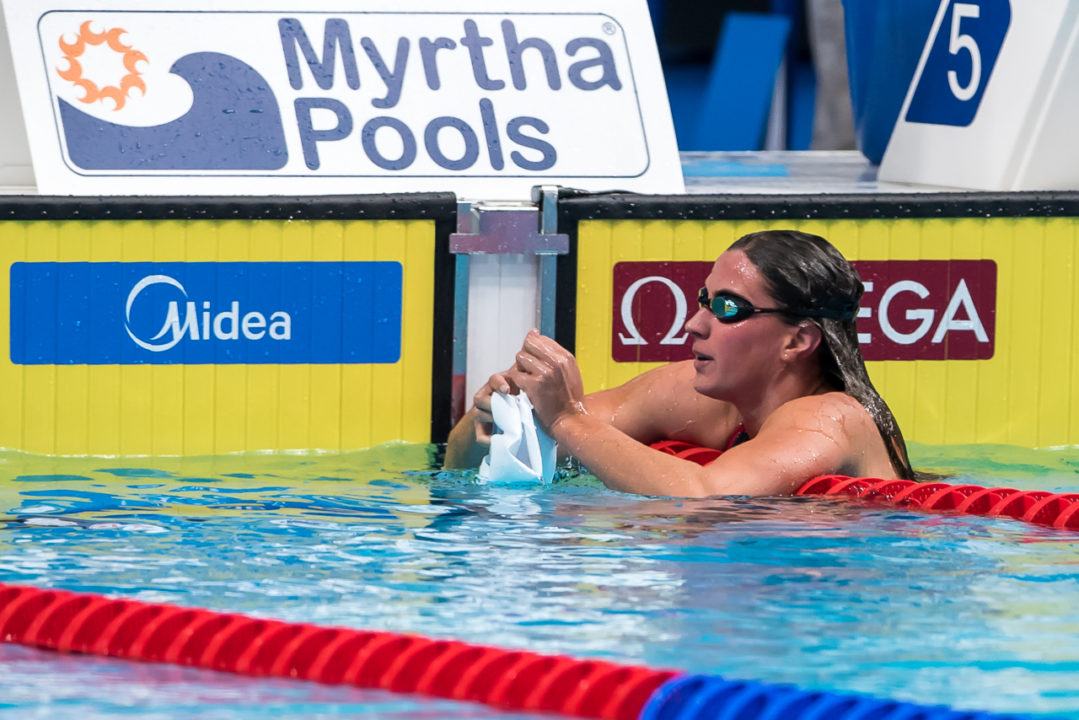 23-year-old Charlotte Bonnet of France completed her trifecta of freestyle victories at the FFN Golden Tour Camille Muffat in Nice, standing atop the podium in the women’s 100m freestyle to close out the meet.

After already clinching wins across the 50m (24.83) and 200m free (1:57.86) earlier this competition, the multiple European Championships medalist threw down a solid 100m free outing of 53.61 to beat the Nice field by almost two seconds. Bonnet’s time tonight rockets the French racer up the world rankings to rest at #4, sitting behind leader Rikako Ikee of Japan, next in line Sarah Sjostrom of Sweden and the #3 performer in this event in the world, American Olympic champion Simone Manuel.

The men’s freestyle sprint tonight was the furious 50m, where Oussama Sahnoune, who trains in France but represents Algeria, clocked the quickest mark of 22.59 for the win. Runner-up status went to Maxime Grousset in 22.65.

The men’s and women’s 100m fly event also took place this evening, with Jeremy Stravius winning the former and Marie Wattel coming out victorious in the latter. For Stravius, the Frenchman produced an effort of 52.54 to represent the only swimmer under the 53-second threshold. His time falls just outside the top 15 performances in the world so far this season.

Wattel’s effort came in the form of her 58.26 win over Hungary’s Liliana Szilagy, the only other sub-minute female in the field. Szilagy touched in 59.76, but it’s Wattel who now enters the world rankings within the top 10. Of note, Bonnet took the the 2nd seed in this 100m fly event in the prelims (59.92), but she wound up scratching the final.