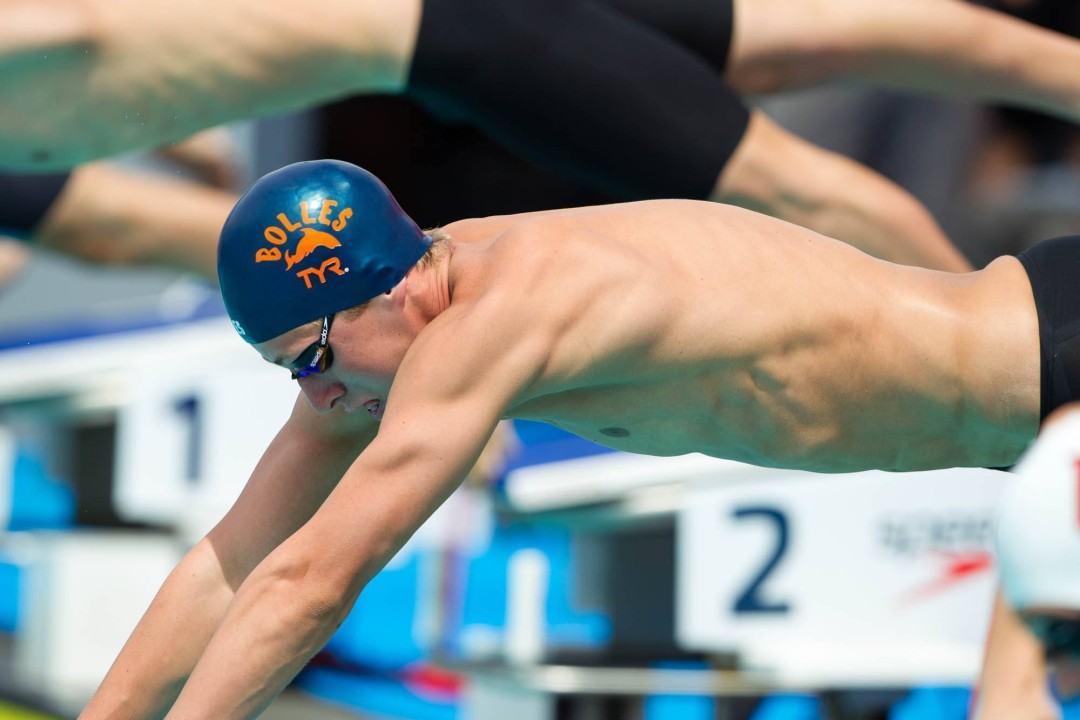 The 15-16-year-old boys of the Bolles School in Florida have swept the medley relay National Age Group records after taking down the 400 medley mark Thursday night. Archive photo via Tim Binning/TheSwimPictures.com

The 15-16-year-old boys of the Bolles School in Florida have swept the medley relay National Age Group records after taking down the 400 medley mark Thursday night.

After breaking the 200 medley relay record on Wednesday, the team of Dakota Mahaffey, James Daugherty, Ariel Spektor and Tyler Rice went 3:16.18 to break the 400 mark on Thursday.

Both former records were held by Aquazot, and set earlier this year. This one was broken by almost three seconds, as the old record was 3:18.91.

Here’s a look at the splits between Bolles’ relay and the Aquazot team that previously held the record:

The biggest improvement on the old record came from Rice on the freestyle leg , who blitzed to a 44.12 anchor, a big-time swim for the 16-year-old. Mahaffey and Daugherty are also 16, with Spektor the lone 15-year-old.