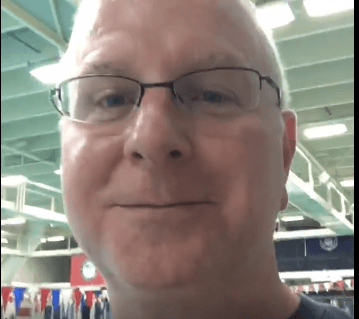 The video below is courtesy of Michael Phelps‘ Facebook page.

Michael Phelps‘ Facebook page hosted another live session, but this time it was coach Bob Bowman who was behind the camera.

Bowman tells viewers that Cierra Runge and Chase Kalisz have been at the Olympic Training Center in Colorado Springs, CO, for 42 days.”That’s a new record for us, we haven’t really done it that long,” said Bowman.

Bowman confirms again that Phelps will do his four events (100 and 200 free, 100 fly, 200 IM) at Austin, the “last prep” meet for trials, saying that they’ll finalize his Trials schedule after this weekend. Bowman did solidify the 100 and 200 fly along with the 200 IM for MP in Omaha.

Shouldn’t Bob be focused on his primary job as Head Coach at ASU, I saw on this site that they got a very nice commitment for the Women’s team. But what message does it send to focus on one assistant coach and the Pro group over what I would hope to be a large summer training group back in Tempe.

I hope this isn’t signs to come, where Bob only focuses on the ASU team a couple months out of the year.

Finally someone else sees what I’ve been talking about with regards to Bob Bowman.

I’m sure ASU knew what they were getting when they hired him and Bowman probably wouldn’t have even taken the job if he was expected to shift focus away from his elite group during an Olympic year. The ASU program has other coaches on hand for the program while Bob prepares for Rio and I’m sure afterwards he will go right back into putting his full focus on building the ASU program. It’s common sense, this summer belongs to Phelps.

Part of the deal and plan. Bob was upfront with the team and admin regarding splitting his time and focus as Rio approaches (and shifting more so during the summer). A shift towards ASU is planned for post Rio.

BTW – a few ASU team members are in / have been in Co Springs for altitude training as well.

Also……Five coaches have been working with the Tempe group this summer.

It’s summer, not the college season. For a college program like ASU, having a coach with a great elite post grad group each summer to potentially train with is a strong recruiting point. I see where you are going with this, especially since the feelings in Ann Arbor were that UM was always #2 behind the CW elite group, but this comment at this time seems misplaced. Bowman should be 100% focused on the elite group training for the Olympics right now. If that includes some ASU athletes, then great. Over time it SHOULD include many ASU athletes going into Olympic training years.

I think the message this sends is that ASU is dedicated to both providing, and utilizing, international experience beyond the realm of NCAA. I think it sends the message that ASU realizes Olympic success for their coach is extremely valuable and marketable for their program. Wise messages, both.

There isn’t really an ASU summer training group. This is something I have been concerned about but there are a number of capable assistants around and I imagine things will change once MP retires. I hope ao anyway.

Because?
He wasn’t last year.

This means they are gonna be fully tapered at the trials. Please no more talks about swimmer A only doing “half-tapered”, swimmer B only “rested but not tapered”, etc.

totally right – its boring to hear the same same assumptions from fans . They do their thing they way they feel right , that’s it .