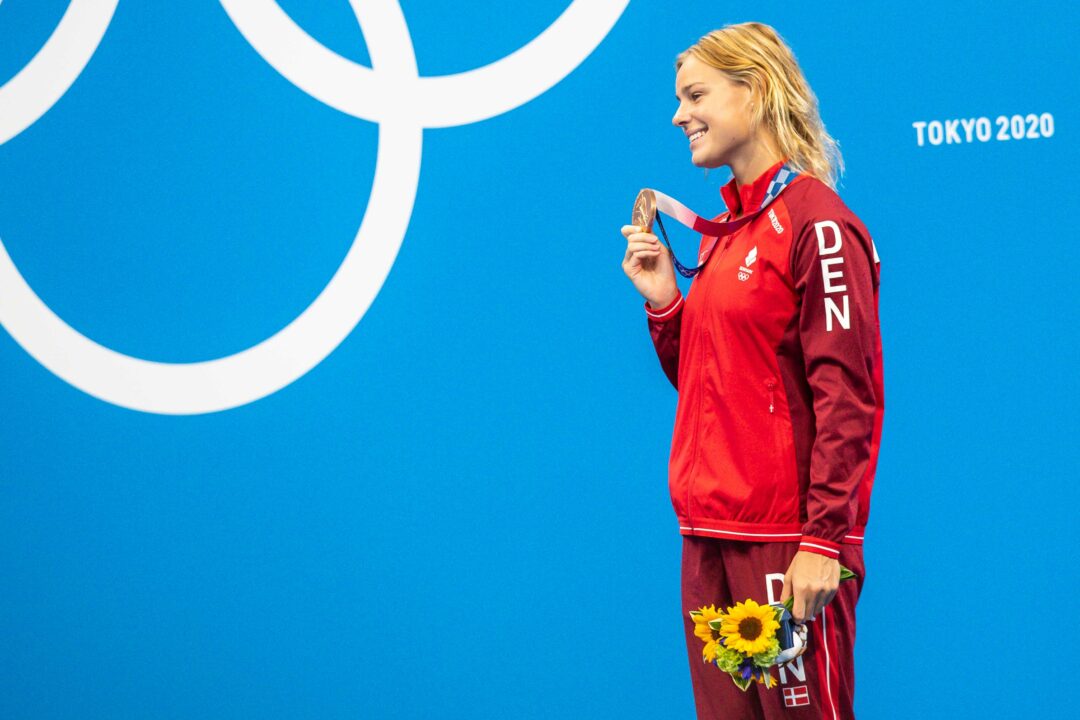 After this week, Olympic champion Pernille Blume has earned the highest score of the week four times this season on the Danish dance show Vild med dans. Archive photo via Jack Spitser/Spitser Photography

Three-time Olympic medalist Pernille Blume is familiar with high-stakes finals in the pool, but now she will face her first final in a different setting: on the dance stage.

Blume and her professional dance partner Morten Kjeldgaard performed an Argentine tango Friday night on the Danish dance show Vild med dans. They earned 50 points, perfect 10’s from each judge, to rank themselves first out of the three couples advancing to the final.

In the middle of their dance, the pair overcame a wardrobe malfunction where Blume’s fishnet tights snagged on one of his shirt buttons. They missed a few steps while Kjeldgaard untangled it, but they improvised quickly to catch back up with their routine.

Blume and Kjeldgaard have been one of the strongest and most consistent competitors this season of Vild med dans, earning the highest score of the week now four out of 12 times and they have been at the top of the scoreboard the majority of the competition.

Kjeldgaard adds a unique experience to the team – he won in 2016 with boxer Sarah Mahfoud and he was then runner-up in 2017 and 2019. This is his 10th season competing on Vild med dans.

Blume shared on social media that she and Kjeldgaard will be performing a “dramatic freestyle” and a “very sassy cha cha” for the final.

Wow, that woman is killing it no matter she does. It just shows what swimming does to someone’s ability – strength, coordination, balance, kinetic awareness, rhythm. Wow! It’s probably the only time not even Al Pacino would have added anything…

I think it’s the other way around- her swimming is so great because of all those things, which also happen to benefit her on the dance floor.