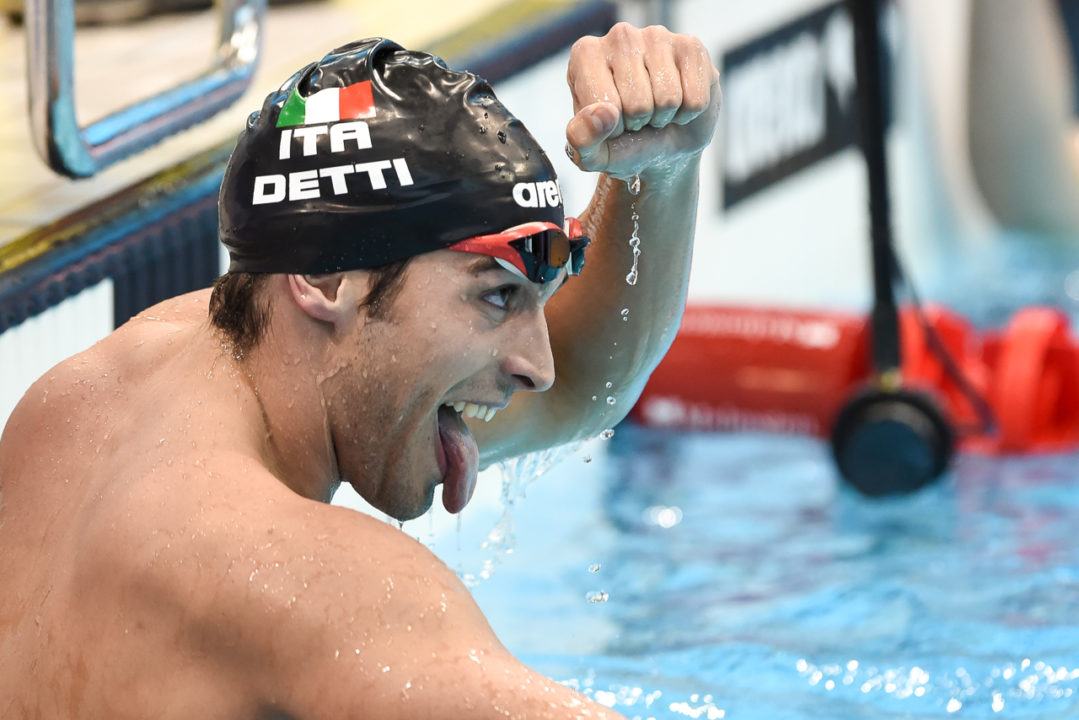 And even in that massive crowd of meets, Italy is proving itself a standout. Much of that status comes thanks to a dominant male distance group led by Gabriele Detti.

Detti doubled up at Italian Nationals, winning the 200 and 400 frees in times that led the world ranks as of his swims. A double bronze medalist in Rio, Detti is now proving himself a major threat for this summer’s World Championships.

Maybe most interesting is that Detti has Italy contending with the best swimming nations in the world – on the men’s side at least. Compare Italian Nationals to Australia’s national championships meet. Interestingly, the Italian men currently have a faster winning time in 8 of 13 events that both nations have swum. Australia still has one more day of competition to go with three more men’s races. But there’s a good chance that Italy wins 2 of those 3. Gregorio Paltrinieri went 14:37.08 in the 1500 at Italian Nationals, and even though Mack Horton is good, it would be a massive swim for him to beat the defending Olympic champ Paltrinieri’s time. Plus, Australia still has to swim the 50 breast, a national weakness for the Aussies and a strength for Italy. Nicolo Martinenghi‘s winning time was technically 27.09, even though he was 26.97 in semifinals. The difference probably won’t matter, as Italy’s winner was a full second faster in the 100 breast.

Australia will likely have a faster winner in the 50 back with Mitchell Larkin, but that would still leave Italy with a 10-6 edge in winning times.

This year, male italian swimmer did very well: 4 national record plus two other textile best.
The only race where they did not perform at their best was 100 free where the young star (Miressi more than Vendrame) probably suffer the pressure.
IMHO Detti in Budapest will win the 800. That is the distance where he perfoms at his best.