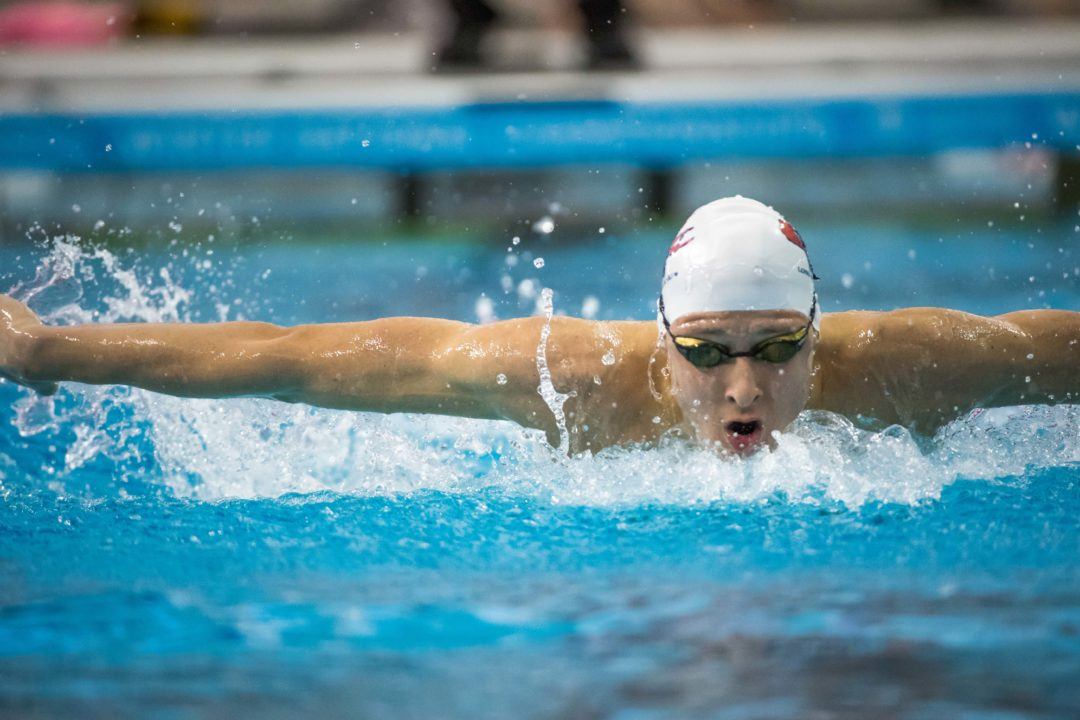 In April, we ranked out the top 20 NCAA prospects in the high school class of 2019. Jason Louser checked in at #13. Here’s what we said about him at the time:

In a class full of fast risers, Louser might be the fastest. His top times might look a little thin, but this rank is based a lot on potential after Louser dropped nearly ten full seconds at Winter Juniors in his 400 IM, going from 3:57 to 3:47.

That write-up was more short course focused, owing to the NCAA’s format. But the now-Cal commit Louser is proving that analysis true in the Olympic-sized pool as well. Last weekend, Louser dropped four seconds off his long course 400 IM time, adding up to seven seconds dropped this season in that race.

Louser was 4:23.29 at the MR Senior Metropolitan LCM Championships. He had previously been 4:27 at the Irish Open in April, and before that had never been under 4:30. Entering this season, Louser’s fastest time was a 4:30.34 from last summer’s U.S. Open.

It seems unlikely the Metro meet was Louser’s focus for the summer, and with entries in the 200 IM, 400 IM and 100 breast at this week’s U.S. Nationals, we might be in line to see an even bigger swim or two from the towering 17-year-old who seems to be unlocking more and more of his potential in the IMs with every passing month.