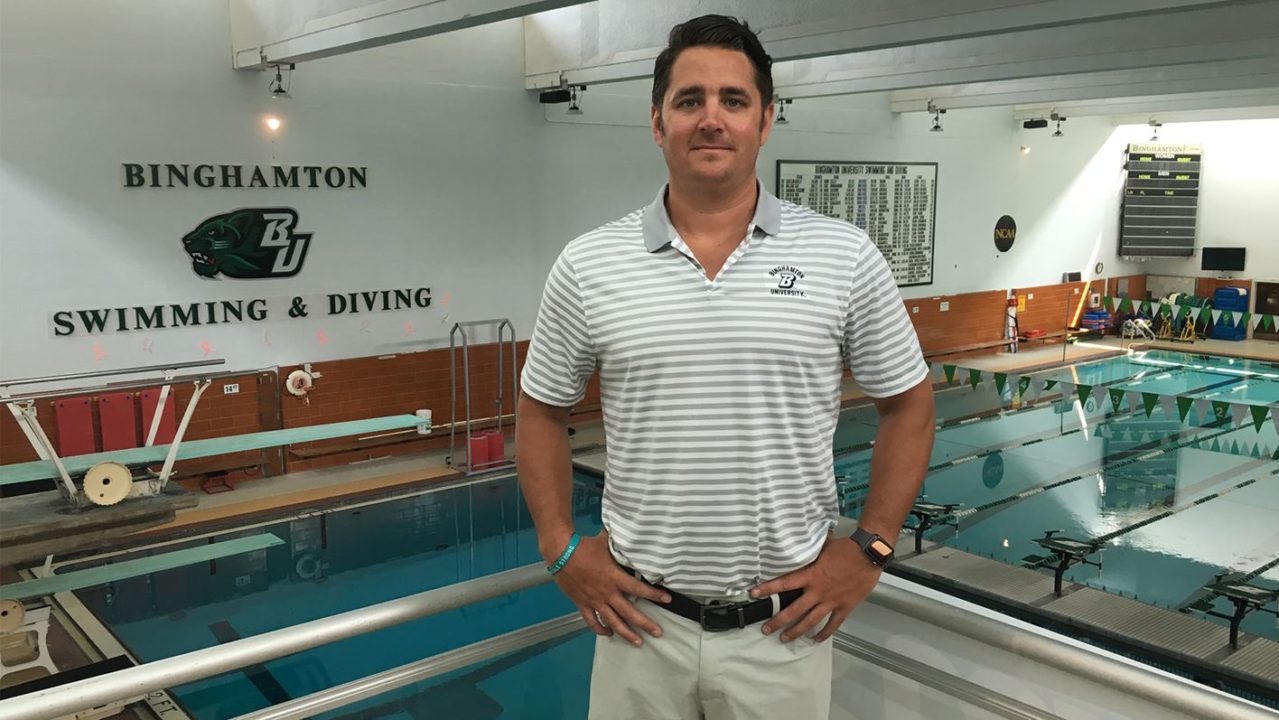 The summer coaching carousel continues to turn and now Binghamton University has filled its head coaching position, left vacant when Brad Smith was hired by Youngstown State University in April. The school announced this week that former Bryant head coach Jerry Cummiskey will take over the Binghamton program.

Cummiskey, a 2011 graduate of Springfield College, has just wrapped up his sixth year with the Bryant University swimming and diving program. He was promoted to Associate Head Coach near the end of the 2018-19 season. During his time with the Bulldogs, the men’s team finished in the top three of the Northeastern Conference in each of the last three years, and the women’s team won back-to-back NEC titles in 2017-18 and 2018-19. Cummiskey was a part of the NEC Coaching Staff of the Year in both seasons. In the most recent season, the Bulldogs set five MAAC records, three NEC records, and 21 school records. Jillian Rice and Micah Ornelas were tabbed NEC and MAAC Swimmer of the Year, respectively, and Ornelas broke three MAAC individual records.

Cummiskey also serves as the head coach of the Bulldog Aquatics Club out of Smithfield, Rhode Island, home of Bryant University. He worked as an assistant at Wheaton College, and for two years was the Aquatics Director and head swim coach at the Cumberland-Lincoln Boys and Girls Club, helping to develop the program into one of the best in the region. Cummiskey swam for four years at Springfield and was an all-state swimmer at Bishop Hendricken High School Warwick, Rhode Island.

The Binghamton Bearcats’ men’s team were runners-up at the 2019 America East Conference Championships; the women’s team finished fifth and won five individual conference titles. The men competed at CSCAA National Invite for the first time in 2019 and placed 23rd overall.

What about Mike Callahan?????? He got robbed

Congrats Jerry! I really enjoyed having him on the podcast. If you don’t know much about Jerry be sure to listen!