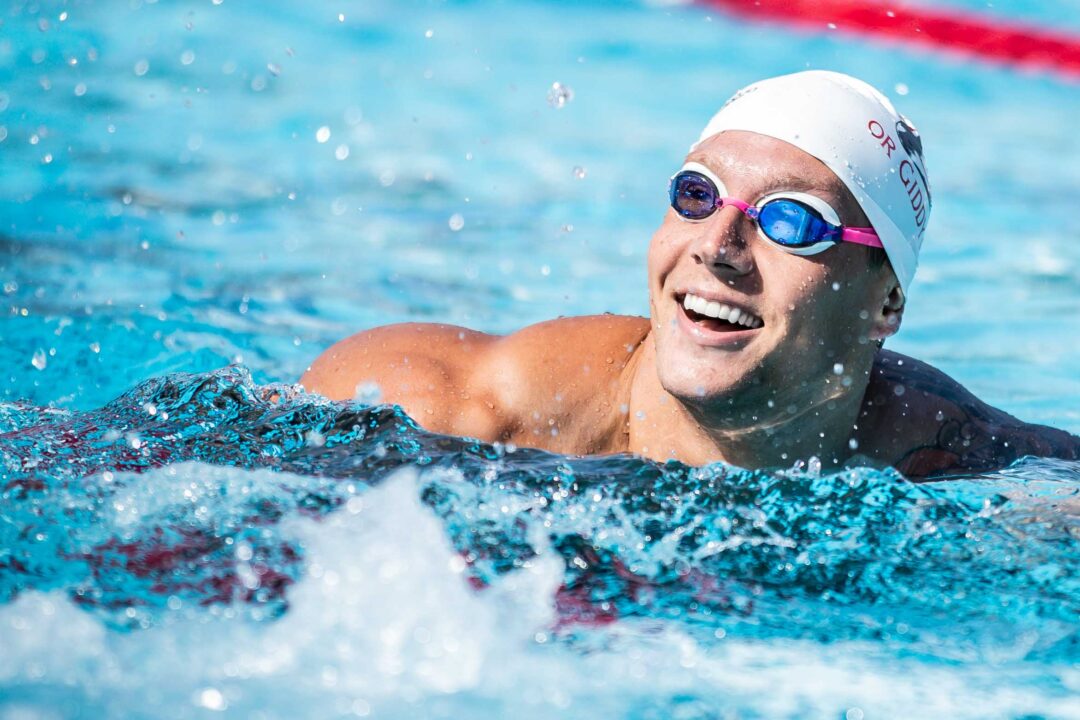 Caeleb Dressel will be among the top swimmers competing at the Atlanta Classic this weekend, with many others at the Indy Pro Swim. Archive photo via Jack Spitser/Spitser Photography

Tom Shields Breaks Down “Up and Down” Butterfly Showing in Atlanta

Natalie Hinds dropped best times in both the 100 fly (58.6) and 100 free (54.2) at the Atlanta Classic this weekend and is feeling good about Olympic Trials

Ryan Murphy Describes Why He Enjoys the Roller Coaster of Taper

Ryan Murphy took the 100 and 200 backstrokes easily this weekend in Atlanta, logging times of 52.9 and 1:56.1, a good spot for him heading into taper

The biggest weekend of racing prior to the U.S. Olympic Trials is upon us.

Now just about a month away from the opening of the Wave II Trials on June 13, the majority of top swimmers from the U.S. will be in action somewhere across the country this weekend, headlined by the season’s final stop of USA Swimming’s Pro Swim Series in Indianapolis (May 12-15) and the Atlanta Classic (May 14-16).

Additionally, there will be the TAC Titans Spring Invite, the NCAP Elite Qualifier, and Speedo Sectionals in Richmond this weekend, along with a California Aquatics Intrasquad meet on Saturday.

It’s also important to note that the Longhorn Aquatics Elite Invite in Austin will take place the following weekend (May 20-23), and while official psych sheets have yet to be released, it’s expected that swimmers from the University of Texas, Texas A&M, Stanford and a handful of Cal women will be in attendance.

Note: if you know of any athletes competing this weekend that we’ve missed, let us know in the comments below!

That Dressel guy will be one to watch someday, keep an eye on him at Trials.

Going to be racing the defending Olympic champ and Olympic record holder in the 100 fly maybe. Should be the “race of the century” Screw the 200 free from Athens.

I remember this discussion from last year.

I thought the guy to watch was the one with the individual gold medal, Joseph Schooling?

Gonna be a great weekend of racing! Will be great to see where they are in their prep

So Ella Eastin is entered in Austin?