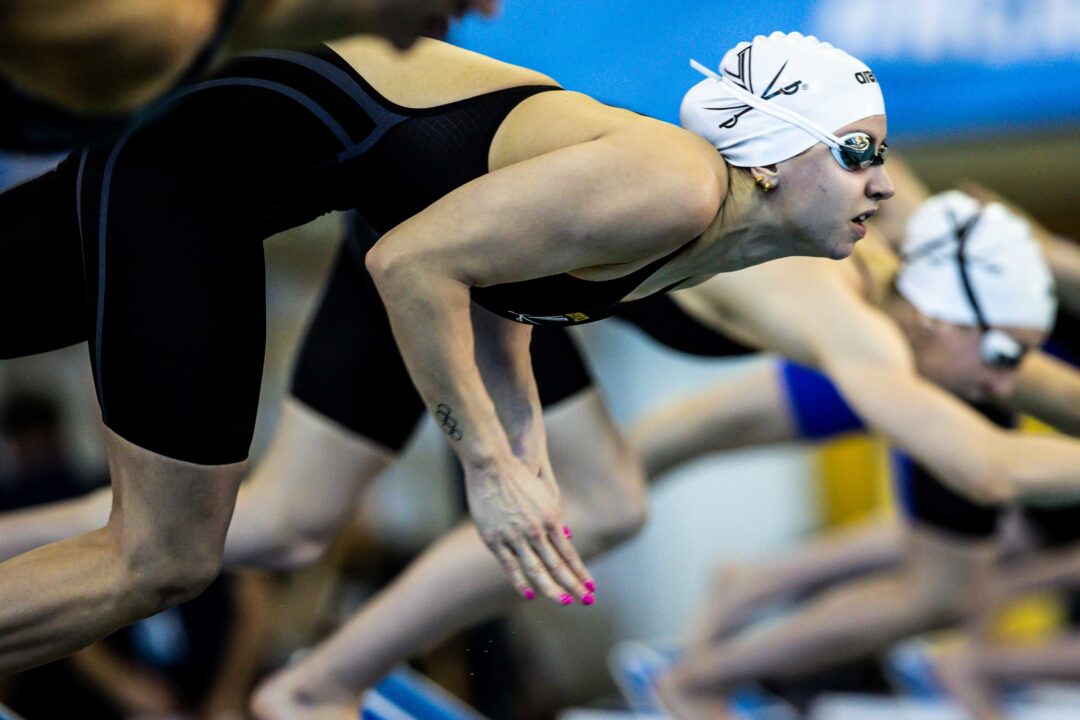 The Honda Sport Award has been present annually by the CWSA for the past 46 years to honor the top female athletes in the 12 NCAA-sanctioned sports, signifying “the best of the best in collegiate athletics.” Each year’s winner also becomes a finalist for the Collegiate Woman Athlete of the Year award along with the 2022 Honda Cup.

Berkoff, Douglass, Walsh and Gilliland were named finalists by a panel of coaches and experts from the College Swimming Coaches Association of America (CSCAA). The award winner will be announced later this week after voting from NCAA administrators (each NCAA member institution has a vote).

Douglass and Walsh, teammates at the University of Virginia, both swept their individual events at the 2022 Women’s NCAA Championships, with Douglass winning the 50 freestyle, 200 breaststroke and 100 butterfly, while Walsh was victorious in the 200 butterfly, 200 IM and 400 IM. Douglass also swam on all four of UVA’s winning relays, while Walsh was on three of them.

NC State’s Berkoff won the national title in the 100 backstroke, setting a new U.S. Open, American and NCAA Record in a time of 48.74. She also finished third in the 100 free and seventh in the 50 free.

Great options and representatives of the sport. Congrats to all four athletes!

Congrats to all four superstars!