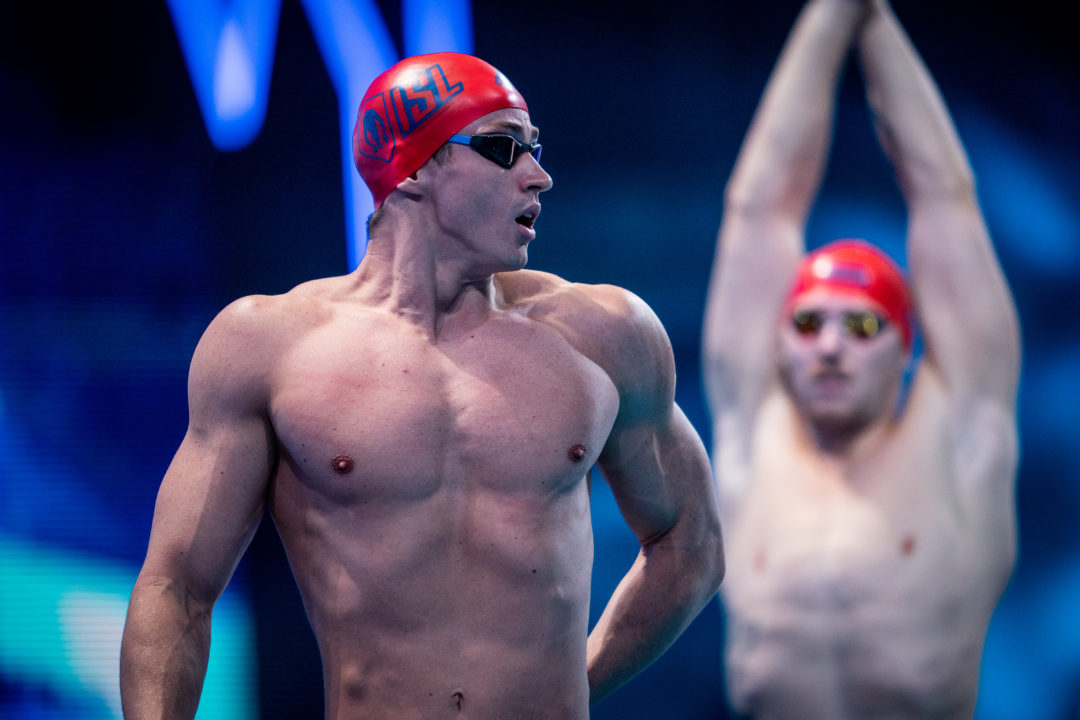 Sprint specialist Ben Proud pushed an 18.1 50 free (with fins) at one of Energy Standard’s ISL workouts. At the end of their sprint workout, the ENS sprint group pushed a 50 for time with fins. James Gibson, Energy Standard’s General Manager, was the man behind the watch.

The final heat in the workout included Adam Barrett, Simonas Bilas, and Proud. These were there times, from a push:

When asked about his performance, Proud said simply: “Wasn’t quite 17.”

Check the video below from The Swimsuit Guy, who is a member of Energy Standard’s coaching staff this season:

For comparison, the world record in the 50-meter (LCM) surface swimming with a monofin is a 15.00, which was set by Colombia’s Mauricio Fernández at the 2016 World Championships. In fin surface swimming events, athletes use a long mono-fin and maintain a streamline for the duration of the lap. Athletes are also able to dive in using the blocks, and can streamline underwater through 15 meters, similar to the traditional pool events.

The bifin LCM 50 free record is 18.41 so his time is quite good given that the turn actually slows down the swimmer in finswimming (in most cases)
But I’m not quite sure his underwaters were legal (<15m)

Proud was <15m both laps

Many centuries from now, historians will write many volumes about the epic accomplishments of Joseph Schooling in practice.
But seriously, why even report on this? Not only a practice time but with fins. Maybe it would be a good story for FinswimFinswam.

i totally agree dont report sh** like this normally, but hearing about what *actual* fast af swimmers go with fins is kinda fun. i dont wanna hear what Joe Schmoe (not jo schooling, please, lay it on me) goes in practice, but the random every-now-and-then fins performance of actual national record holders is cool ONLY because it shows us how (sorry) lame the monofin world records are

ie. hearing about pretty much anything confirmed super fast swimmers do is kinda newsworthy

I went that on breastroke come on give me a challenge

Breast in fins IS THE CHALLENGE

and with Paddles.. From the Block

I went faster, you just didn’t see me in time

Dressel is an outstanding athlete but as of right now, he’s not really built for finswimming so i doubt that he could smash (or even challenge) WRs