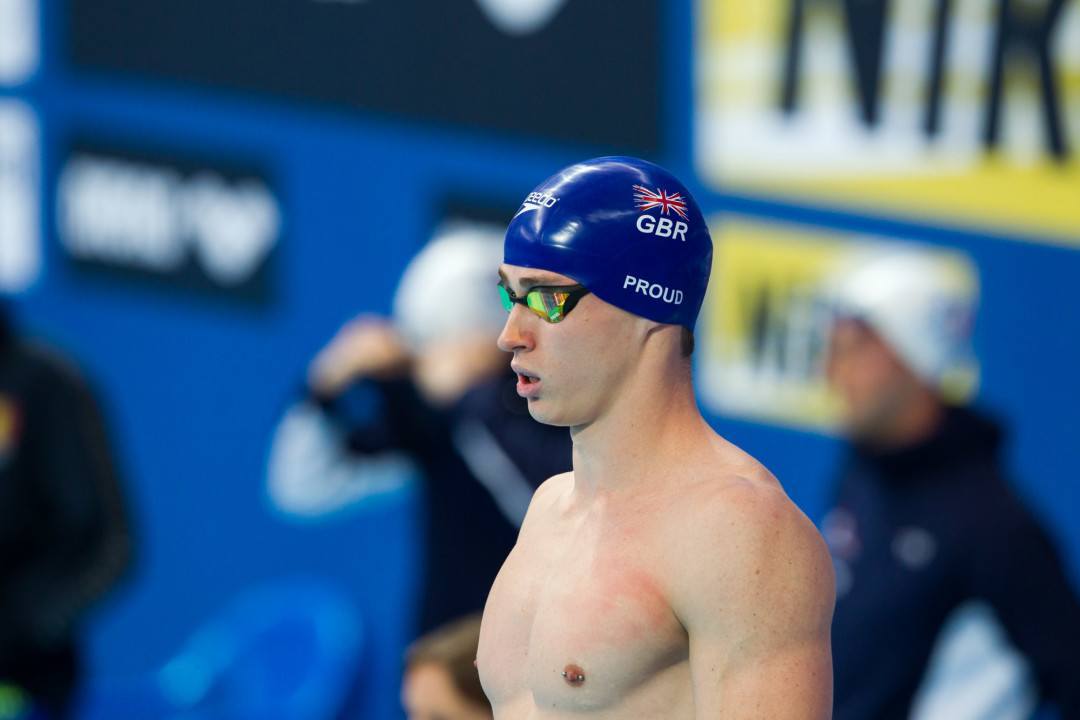 Proud beaat the field by nearly a full second as he tore through the water to hit the wall in 21.32. Archive photo via Tim Binning/TheSwimPictures.com

British sprint star Ben Proud of Energy Standard absolutely dominated the men’s 50 free on night 5 of the 2017 British Swimming Championships. Proud beat the field by nearly a full second as he tore through the water to hit the wall in 21.32. With that, he took down the former British National Record of 21.54, which he had set at the 2016 Rio Olympics.

Proud’s time rockets him to the top of the 2017 world rankings in the event. He’s now moved ahead of Russia’s Vlad Morozov (21.44), who formerly stood on top of the rankings after breaking the Russian National Record at their national meet a week ago.

Proud’s explosive performance in tonight’s finals certainly redeems his disappointing performance in the 100 free earlier in the meet. He was in a league of his own, as no one else was able to break the 22-second barrier. Silver medalist Thomas Fannon came into the wall with a personal best 22.21 behind him.